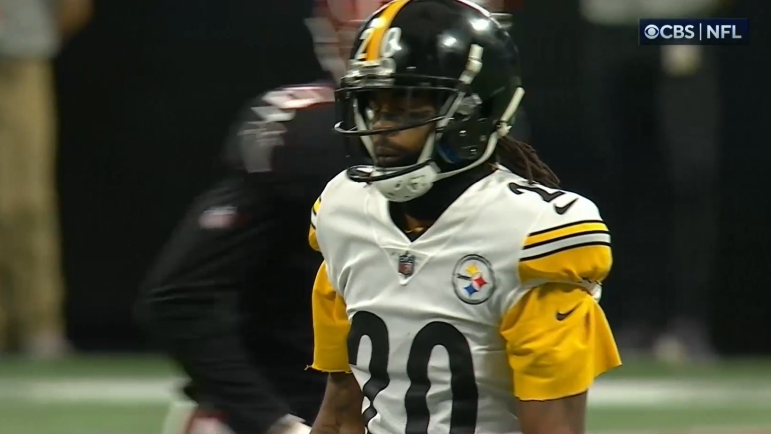 Pittsburgh Steelers defensive back Cameron Sutton is no stranger to playing against the Baltimore Ravens. Sutton has suited up nine times against Pittsburgh’s arch rivals and has performed well.

Speaking to the media via Steelers.com’s Teresa Varley, Sutton spoke about what the rivalry means to him.

“‘I love this rivalry,” Sutton told Varley. “‘Within the division I love all of our games. This is the biggest one I have enjoyed over time. I have seen a lot in six years. It’s been everything. All the ups and downs, comeback victories, last second drives. It’s exciting.’”

In the games Sutton has appeared in, he and the Steelers are 6-3 and currently on a four game win streak in the rivalry. Sutton has allowed only two touchdowns has has recorded an interception in his nine appearances, normally making it difficult for Baltimore’s quarterbacks when they try to attack him.

Sutton is one of the veterans in the defensive room, currently on his second contract with the Steelers. Given this, he remembers a lot of big moments in the rivalry, and has to pass the tradition on.

His introduction to the rivalry came in a classic matchup in 2017 that helped the Steelers win the division. While Sutton only played 45% of the defensive snaps in Pittsburgh’s 39-38 victory, it was still a valuable moment in his young career as the Steelers won the game thanks to a big time T.J. Watt strip sack at the end of the game.

Sutton has since played more and more in the rivalry game, and knows how close these games have been. In Sutton’s nine games, the average point differential separating the two teams is only six points. With these games being so close, so often, the Steelers defense must be ready to make a stand at the end of the game. With Sutton being a veteran and familiar with the rivalry, he has to be ready to get some of the younger players up for the moment.