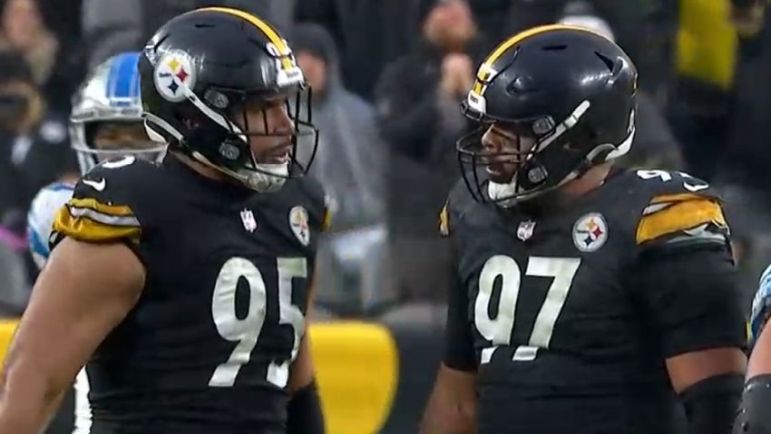 On Thursday, Pittsburgh Steelers DL Cam Heyward spoke to the media and was asked various questions about his and the team’s preparation for this Sunday’s game against the Carolina Panthers on the road.

When asked fellow teammate DL Chris Wormley’s knee injury against the Ravens that will result in him missing the rest of the 2022 season, Heyward praised his fellow defensive lineman for his vast improvement on the football field during his time in Pittsburgh and how he has helped develop the other DL in the room.

“Wormley is one of our unsung heroes who does a lot of the grunt work and I think he’s gotten better every year and a guy we can depend on,” Heyward said on Wormley to the media Thursday on video from Steelers.com. “It’s hard because you have young guys behind him that people emulate how he plays. So, it’s up for other guys to step up. But I can’t say enough about what Worm has done these past couple years… in this year especially. Just his technique has really grown.”

Chris Wormley sadly tore his ACL against the Ravens on Sunday, ending his 2022 campaign prematurely while putting his status for 2023 in serious doubt. Given the fact that Wormley is scheduled to become a free agent after the season, a significant knee injury couldn’t have come at a worse time for the defensive lineman.

Heyward does good by Wormley to commend his teammate for the strides he has taken as a player since arriving in Pittsburgh after being traded from Baltimore in 2020. Pittsburgh re-signed Wormley to a two-year contract in 2021 and he made good on their investment, stepping up when Tyson Alualu and Stephon Tuitt missed the 2021 season by having a career year with 51 total tackles and seven sacks. He saw his role reduced this season but has still provided veteran leadership on the defensive line to a bunch of young guys while also giving Pittsburgh a capable run defender.

Chris Wormley’s status as a Steeler may be up in the air depending on what happens this season, but if Cam Heyward and the rest of the team had their way, he would be back in Black in Gold in 2023 and beyond. His value in free agency shouldn’t be that high given the injury, suggesting that Pittsburgh could bring him back on a minimum contract should they choose to do so and if Wormley wishes to continue his tenure as a member of the Pittsburgh Steelers.