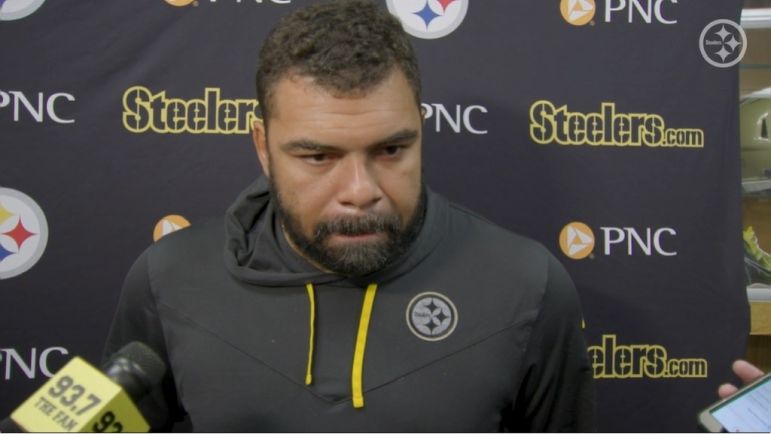 On Thursday, Pittsburgh Steelers DL Cam Heyward spoke to the media and was asked various questions about his and the team’s preparation for this Sunday’s game against the Carolina Panthers on the road.

While talking about the upcoming game, Heyward was also asked about the issue pertaining to the NFL’s proposal to make roughing the passer penalties reviewable in the future and subject any illegal hit on the QB to ejection. Heyward responded to the question, making his thoughts on the issue evident regarding his stance on where the league is going on the matter.

“Ejections are for college,” Heyward said to the media Thursday on video from Chris Adamski’s Twitter page. “There’s too much grey area in our league and so many things happen, and I think it’s unfortunate.”

Cam Heyward on the idea floating of ejecting players for roughing the passer, and on the edict the Steelers need to get more physical in their run defense pic.twitter.com/Har4PpLaSQ

This past weekend developed a fair amount of controversy on the subject of illegal hits on the QB that directly relate to the Pittsburgh Steelers. QB Kenny Pickett was knocked out of the game after suffering a concussion on a hit from Ravens LB Roquan Smith who grabbed his face mask and slammed him to the ground violently.  The play wasn’t penalized, and HC Mike Tomlin said after the game that he was fine with the play, suggesting that is merely what happens when grown men play a contact sport like football.

BRINGING THE PRESSURE!!@Patrickqueen_ brings the heat and Roquan finishes the job for the SACK!!

Tune in on CBS. pic.twitter.com/Ft2iXxzHXx

However, later that night on Sunday Night Football, social media was in uproar after Dolphins EDGE Jaelan Phillips was flagged for roughing the passer on Chargers QB Justin Herbert on a textbook sack where Phillips simply took Herbert to the ground and got flagged for being “too physical” with the QB.

If this is roughing the passer, then the Roquan Smith on Kenny Pickett throw down was roughing too. The inconsistency with this call has been alarming pic.twitter.com/nhjdCG1j9k

While the NFL has tried to emphasize players safety more in recent seasons, especially the QB position, Heyward has a point when saying that there is too much grey area currently in the league regarding what is a legal hit and what is not. It makes defenders must execute at the highest level possible without getting flagged and still will cause many to play cautiously, fearing that they will get flagged, fined, or ejected if they hit the QB just a tad too hard in one of the most physical sports there is.

While I’m all for player safety and taking players out of the game who knowingly intend to injure other players (IE Vontaze Burfict), I don’t think that the league should make the game more in the hands of the officials and their judgment on how hard a defender hits the QB on any particular play. If player safety is the goal, do away with all contact and make professional football two-hand touch like they did getting rid of the Pro Bowl game for a series of competitions. It would benefit overall player safety but would tarnish the game of football as we know it and have come to love as a physical game with two teams imposing their will on another.