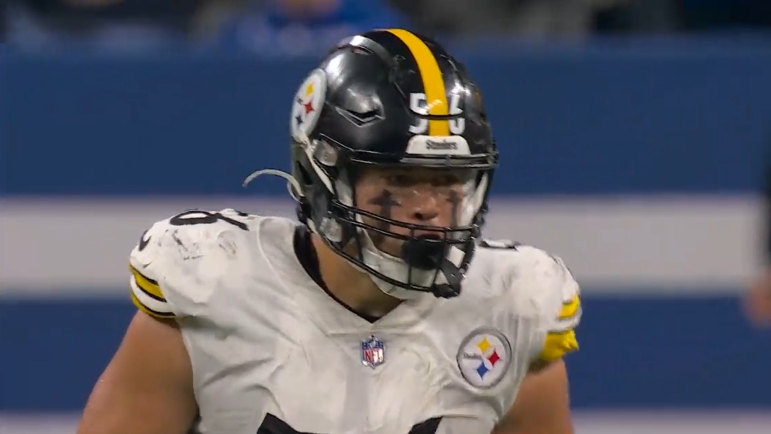 Pittsburgh Steelers third-year outside linebacker Alex Highsmith is in the midst of a breakout season for the black and gold.

Having already set a career high in sacks with 10.0 on the season to date, Highsmith has a chance to push further and further into the record books for the Pittsburgh Steelers with an outside shot at 15.0 sacks on the season, which would make him just the third player in franchise history to record 15+ sacks in a single season, joining T.J. Watt and James Harrison with the illustrious mark.

Despite his stretch of dominance this season, more often than not the success of Highsmith has been credited to Watt opposite him seemingly every snap. That’s largely incorrect.

Watt missed eight games this season, and Highsmith’s ability to get to the quarterback has been more due to his impressive development overall than anything else. He’s put in the work, developed his game and is really coming into his own as a pass rusher.

The numbers from Trench Warfare’s Brandon Thorn, one of the top offensive and defensive lineman analyst out there, bare that out.

According to Thorn’s True Sack Rate, which measures each rusher’s “sack score,” based on a point system that specifies four different types of sacks and forced fumbles, using a rare high-quality sack, a high quality sack, a low quality sack and a cleanup sack, Highsmith is one of the top three pass rushers in all of football, right there with Dallas’ Micah Parson and Cleveland’s Myles Garrett.

Pretty great company to be part of for Highsmith.

In arguably the best game of his #Steelers career, Alex Highsmith showed tremendous feel for how to rush the pass, set up a variety of moves and had #Saints left tackles James Hurst and Landon Young guessing.

As a pass rusher, Highsmith has developed a great cross-chop pass rush to win off the edge, and also has established a nearly unblockable ghost rush and an inside spin move to win consistently off the edge.

On the year, Highsmith has 38 pressures and four forced fumbles, generating a sack every 61.6 snaps and a pressure every 17.8 snaps, according to Thorn’s charting.

Had to double-check with @BrandonThornNFL. This is a ghost rush from Alex Highsmith (#56). Advanced move you don't see from many rookies. Really cool to see it so early in Highsmith's game. https://t.co/ggq7RLgKt1

With Watt out of the lineup, Highsmith was one of the only players in the Steelers’ front seven to generate any sort of consistent pressure on the quarterback. He’s continuing to really grow into his game and is in line for his first-ever Pro Bowl berth and a potential life-changing extension in the offseason with the black and gold.