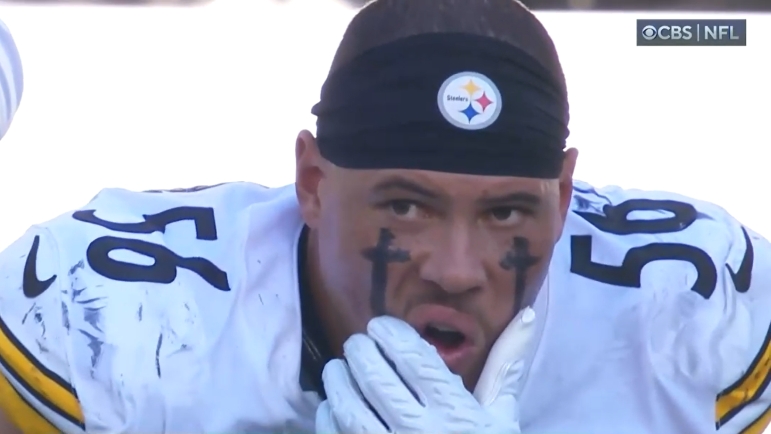 In the midst of a career year, Pittsburgh Steelers third-year outside linebacker Alex Highsmith is starting to generate the type of national attention he deserves.

Often lost in the shadow of reigning Defensive Player of the Year T.J. Watt, Highsmith quietly goes about his business, works diligently on his craft and has become a consistent player for the black and gold.

This year though, he’s taken a major step forward. Already at 10.0 sacks on the season and on a trajectory for a Pro Bowl berth and a potentially large extension in the offseason. He’s become a complete player overall and is beginning to be recognized for it, landing inside the top 15 of the latest EDGE rankings from Pro Football Focus’ Marcus Mosher.

2022 South Side Questions: Is Alex Highsmith Better Than Bud Dupree Was At His Best? https://t.co/krrBl6dCFA #Steelers pic.twitter.com/5sEsnTrdOL

“Highsmith is having a breakout season for the Steelers, as he’s already recorded double-digit sacks. In the first two years of his career, he posted just eight sacks on nearly 1,300 snaps,” Mosher writes regarding Highsmith’s ranking. “But he’s already at 10 sacks on just 634 snaps this season. Highsmith is a plus run-defender (73.4) and plays incredibly hard. The only reason he’s not higher here is due to a subpar pass-rush win rate (11%), as he’s been able to record a ton of sacks on limited pressures (37). Still, the Steelers must be thrilled with the production they’ve gotten from their third-year edge rusher from Charlotte.”

Alex Highsmith a game-wrecker in his own right. Made as HUGE difference late on MNF against Colts. Moved Matt Ryan off his spot with power bull rush and forced him to extend play. #Steelers #NFL pic.twitter.com/2s9yOOG8Nx

The pass-rush win rate and amount of pressures overall are a slight concern when reviewing Highsmith’s game overall this season, but he is consistently finishing when he gets to the quarterback, which is a good sign.

Already a guy who plays with a relentless motor on the field, he’s taken it up a notch this season, becoming a true three-down outside linebacker opposite Watt, giving the Steelers a terrific pass rush pairing off the edge.

Though he had some struggles at times with Watt out of the lineup, he was still rather productive overall and forced teams to gameplan for him in the front seven, which is the ultimate sign of respect. His inside spin move and his ghost rush — paired with a terrific get-off — are very difficult to defend for offensive linemen.

The sky is the limit for Highsmith, and seemingly each and every week he’s getting closer and closer to tapping into his full potential overall.