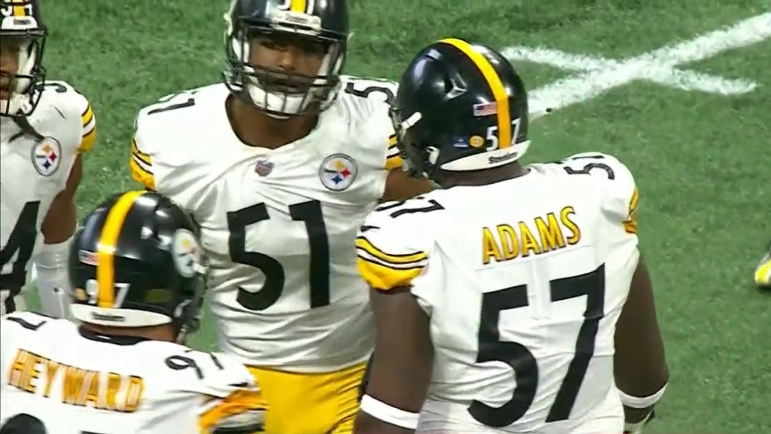 Over the course of the last few weeks, the run defense for the Pittsburgh Steelers has made significant strides. While much of that may have to do with the return of star defender and reigning league DPOY T.J. Watt, the team had pieces together a nice four-game quartet, winning three of them.

However, the bottom fell out in this last Sunday’s heartbreaking 16-14 loss to the rival Ravens, who also were playing with their third-string quarterback. It didn’t matter though, as the Ravens gutted Pittsburgh for 215 yards on the ground, 120 of which coming from running back J.K. Dobbins. He clearly was not healthy, as evidenced on his hobble on a 44-yard run early in the game. However, it was this type of game all afternoon for the Steelers, as Baltimore routinely gashed them for chunk gains.

Earlier today, nose tackle Montravius Adams spoke at-large about what went wrong Sunday, and the one thing that stood out head-and-shoulders to him was the lack of physicality. Thus, he unsurprisingly said that today the team practiced in full pads in an effort to reintroduce some fire to that side of the ball.

“It’s one of those days you might not wanna get up and after a long week and the struggles but it’s one of the things that it is our career,” Adams said via the Official Steelers YouTube page.

A padded Wednesday practice under Tomlin is far from unheard of. In fact, we can travel back in time to last year around this same time, when the team was fresh off a 41-10 shellacking via the Bengals, in which their Pro Bowl running back Joe Mixon disemboweled them on the ground for 165 yards and two scores.

One thing these types of practice environments do is ratchet up the intensity, with a ton of flying around, popping and hitting. If anything, maybe it’ll create some urgency for a unit featuring several highly-paid players who thus far don’t have much to show for it.

It won’t get any easier for the team as they prepare for the Carolina Panthers this Sunday and their two-headed back tandem of D’Onta Foreman and Chuba Hubbard, who each ran for 74 yards in the team’s 30-24 win over the Seattle Seahawks.

Adams even went a bit further in his assessment of his team and what they need to do, and that’s draw some inspiration from their Head Coach Mike Tomlin and everything he represents, including never owning one losing season in his tenure in the Steel City.

“He’s a guy that when I came in, gave me a lot of morale to play better and I’m sure a lot of guys in the locker room feel this way. We gotta get it right.”

If the team hopes to maintain their dwindling playoff hopes, they’d better “get it right” this Sunday, as a loss will officially eliminate them from the postseason.