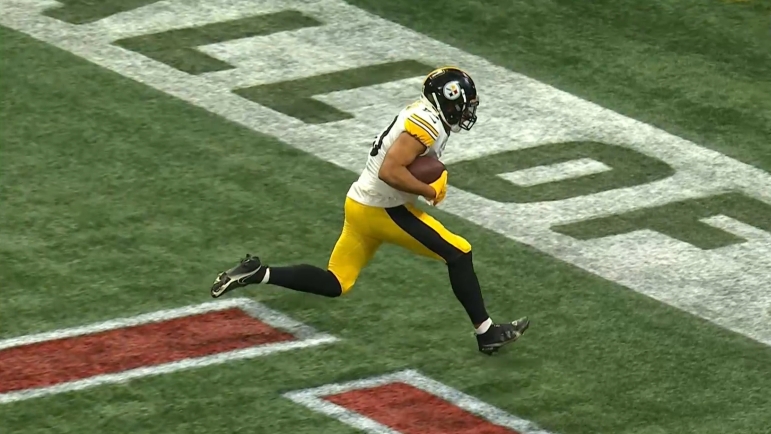 Reasoning: The rookie ‘tight end’ (for lack of a better term at this point) had himself rather a big day on Sunday, or at least a big moment. He caught his first touchdown pass of his career against the Atlanta Falcons down in Georgia, where his father played. He and older brother (and teammate) Cameron visited Dad’s grave before the game, adding to the already heightened emotion of the moment.

It’s beyond a cliché to say of real-life events that ‘you can’t even make that up’. I’m not going to go so far as to say that the day the Heyward family had on Sunday falls in that category, but it really doesn’t matter. It was still an incredibly cool moment that we got a chance to see for ourselves play out.

The rookie sixth-round draft pick caught one pass on one target in the game, but it happened to be a 17-yard completion up the seam—in the end zone. For his first touchdown. In the stadium where his father played, particularly during his lone Pro Bowl season.

He got to play 14 offensive snaps in the game as well, amongst the most that he’s had in a game this year so far, while continuing to play a major role on special teams to the tune of 16 snaps in this case.

He has six tackles on special teams this year so far. He also has eight catches for 93 yards and a touchdown across 109 snaps played on offense, in addition to 213 special teams snaps.

Since the Steelers have begun having more success running the ball—and since they traded wide receiver Chase Claypool—they have been running more sets with multiple tight ends. He has played 45 snaps in the past four games since the bye, the only dip being in the loss to the Cincinnati Bengals when he saw just four snaps.

It does appear as though the team is getting him more involved as the season goes on, and scoring a touchdown (showing some nifty hands and positional awareness while doing so) won’t hurt his chances of seeing more action—maybe even more targets—moving forward.