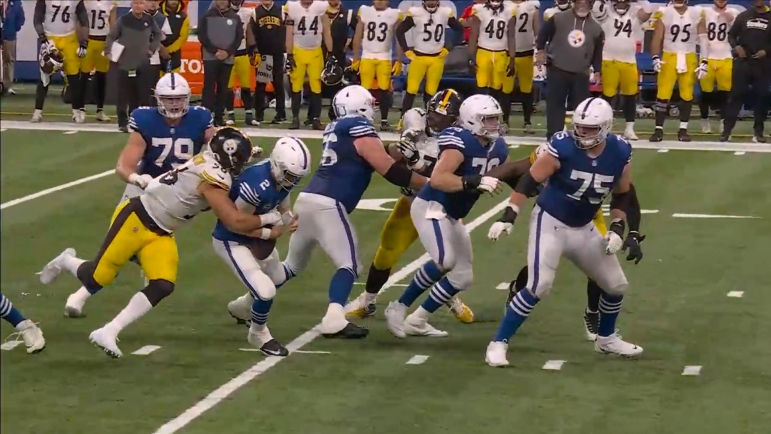 Reasoning: The veteran outside linebacker, now in his third season, continues to come into his own and to step out of the shadow of T.J. Watt on the other side of him. While the latter is obviously going to continue to be much more celebrated, we are increasingly seeing Highsmith acknowledged as a quality player at the position in his own right. Fresh off of achieving his first 10-sack season, that’s not going to stop now.

It’s difficult to explain how good a player is during a bad season for the team, or for the unit he’s on. I know because it’s something I end up trying to do fairly regularly, especially when it comes to special teams. The best I can manage is something like, ‘Yeah, but imagine what it would look like if they didn’t have him.’

The Steelers and their defense haven’t been blowing many doors off the hinges this year, at least not after the season opener, but just imagine how rough it would all have looked like this year if they didn’t have Alex Highsmith, playing at the level he has played.

Yeah, T.J. Watt’s seven-game absence was catastrophic and he might not necessarily be 100 percent at any point this season, but Highsmith has been arguably the unit’s best player, full stop, this season as he continues to blossom.

One quality of genuinely being a great player is rising to the occasion and making big plays at critical moments. He did that last week in helping the Steelers close out a win, registering a sack, a run stop, and then a key pressure on fourth down over a four-play sequence to effectively end the game.

That sack was his 10th on the season, the first season of double-digit sacks in his career, but one imagines it’s not going to be the last time he manages it.