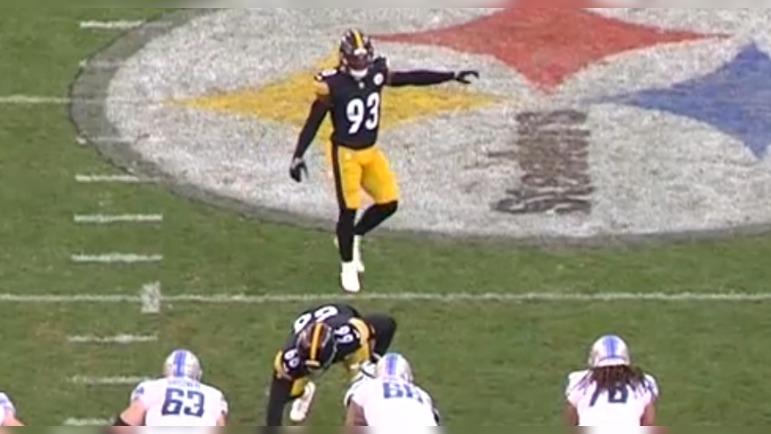 Reasoning: The rookie inside linebacker stands a good chance of getting a helmet today for only the third time this season with Myles Jack listed as questionable to play. Perhaps it’s slightly more likely this time around that he even sees some playing time on defense, although that is far from guaranteed.

I think some Steelers fans started to get a little excited once they saw that inside linebacker Myles Jack wasn’t participating in practices this past week. Then he was listed as doubtful to play in today’s game, though he’s since been upgraded to questionable. Nothing against Jack, of course—at least I assume, for most—but being down a guy means there’s an opportunity out there.

An opportunity specifically for rookie seventh-round draft pick Mark Robinson, a guy who really had a nice preseason overall, and a solid training camp as well. A former running back with fairly minimal collegiate experience at his position, he was always going to take some time to grow into the position, but many fans are more than past the point of being ready to see him.

Part of that is because of the feeling that the season is lost—a very valid feeling, mind out. With the Steelers on the brink of elimination, a lot of fans want to see the Steelers play some younger players to get a look at them and get a feel for what they have and if they can be contributors in the future. That will help determine what their offseason strategy should be.

There is some hope within the fanbase that Robinson could be a diamond in the rough. The odds are generally stacked against him, but the young man does like to hit. I’m not going to make a direct comparison to Vince Williams just because they’re both big hitters and late-round picks, however, because Williams is also extremely football-knowledgeable, both generally and position-specific. That’s why he played and started for as long as he did.

Just because Robinson is new to linebacker doesn’t mean he can’t grow into it, though, and as they say, hope springs eternal. Right now, he’s a guy who hasn’t yet proven that he can’t cut it, and so fans want to see whether or not he can. And who can blame them? We’re all looking for answers.

The long and short of it is, today might be the best chance he has all year to get on the field. But whether or not he does will be up to the coaching staff. And after yesterday’s upgrade of Jack’s status it’s not even guaranteed that he dresses. But there is a chance out there. So, sorry if he ends up being inactive after writing ‘stock up’, but realistically this might be his only shot of getting on the field this season.