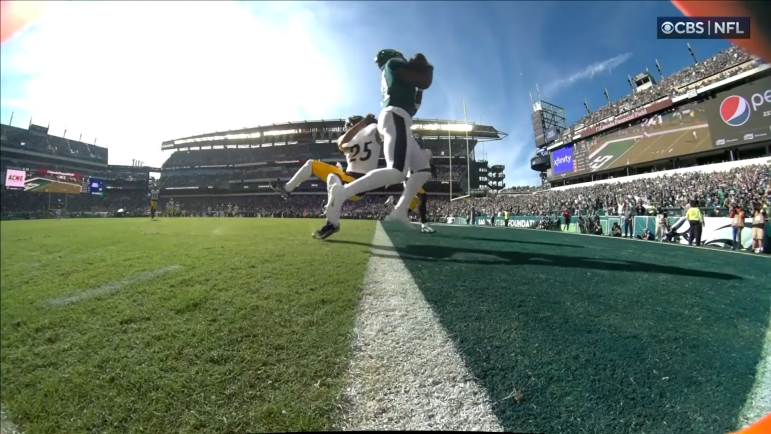 Reasoning: The veteran cornerback is quickly becoming Mr. Irrelevant after continuing to deal with a hamstring injury. Witherspoon has only played in four games this year due to injury, and he hasn’t played well when he has been available. He briefly returned in week eight before the bye week but was benched, at the time as said due to performance, but the reality is he hasn’t practiced since then.

It’s a good thing the Steelers only gave cornerback Ahkello Witherspoon a two-year, $8 million contract this offseason after half a season’s worth of the best football of his career that they got out of him at the end of last year.

He simply hasn’t played well at all when he’s been in the game, giving up something like four touchdowns. It’s hard to even remember that he does have an interception this year, though it’s hard to remember much of someone who has hardly even practiced.

Witherspoon first went down in week three and missed all games in between up until his return in week eight. As mentioned above, he started that game but was benched due to his poor quality of performance. While he might have still been injured, or re-injured himself, the reality is that he did come back in the game late after the man he was benched for, James Pierre, himself was hurt.

It was assumed that Witherspoon would be practicing and ready to go after the bye week, but he hasn’t taken the field since then and has missed the past three games. it’s beginning to feel like a situation similar to the cornerback they just acquired, William Jackson III, over the bye…who happens to be sitting on IR.

The reality is that he’s unlikely to even play, perhaps even dress, even if he were healthy right now. The Steelers don’t have a great group of corners, but Cameron Sutton, Levi Wallace, Arthur Maulet, and James Pierre, plus Damontae Kazee and Tre Norwood, have been handling the spot. Since he doesn’t really play on special teams, there’s a very good chance he might be a healthy scratch at this point, if only he were healthy.