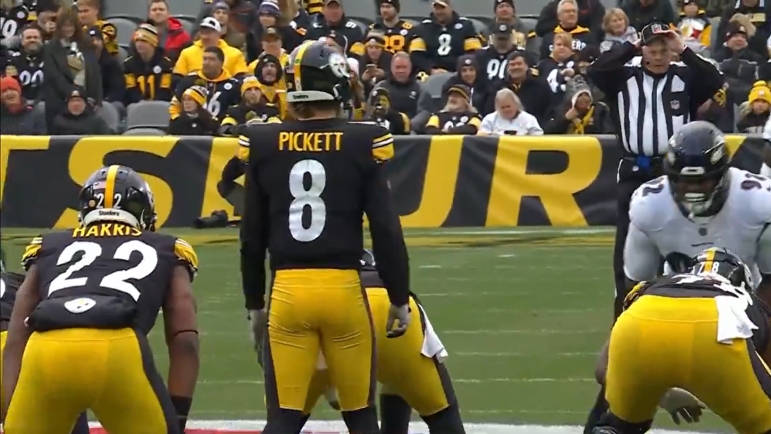 Question: Will Kenny Pickett be good to go on Sunday after participating in practice?

This seems to me to be the biggest question surrounding the Steelers this week, at least as it concerns the immediate future. They’re preparing for a game against the Carolina Panthers, but who will be at quarterback? They had three of them working yesterday.

It was reported that Mason Rudolph and Mitch Trubisky shared the first-team reps, but the fact that Kenny Pickett was able to work at all feels significant. He suffered a concussion on Sunday, so participation in practice even on a limited basis by Wednesday is an encouraging sign regarding his availability for Sunday.

I think we can say by now that at least as far as team decisions go, head coach Mike Tomlin is going to play Pickett as long as he’s medically cleared to be able to play and he gets the work in during the week that allows him to be comfortable doing so.

In other words, there will be no ‘business decisions’ made here. If he can play, he plays. They’re not going to shut him down for the season because they’ve decided that the rest of the year doesn’t mean anything.

Perhaps, if anything, it’s even a little more conducive to playing him, because this is now development time. They have a lot to learn about Pickett still and a lot that they want him to see and experience. They only have four more games to get that work in. If there are no playoff stakes, then the actual results matter a lot less.

Because why are we going to bother starting Mitch Trubisky now when he’s not even going to be on the team next year, in all likelihood? He was brought in to be a bridge starter and he served that purpose, however briefly. There’s nothing we need to learn about him.