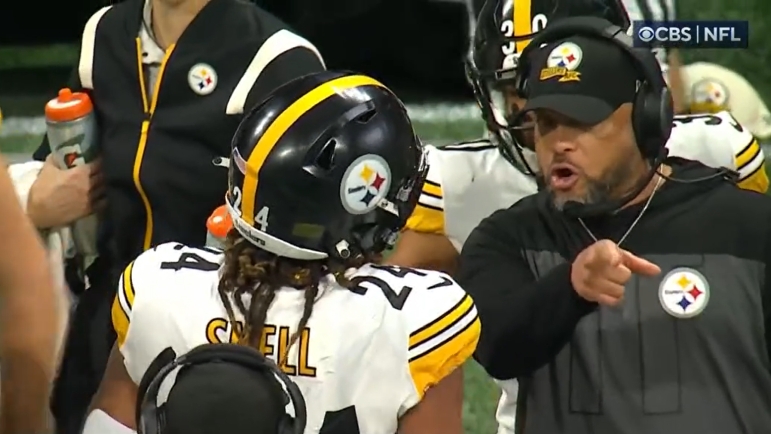 Question: Will the Steelers continue to get Benny Snell Jr. involved in the offense along with Najee Harris and Jaylen Warren?

The Pittsburgh Steelers got four running backs involved in Sunday’s game, if you want to throw fullback Derek Watt in there. The latter got two touches, including a four-yard run to convert and 3rd and 1 on the third play of the game.

But it’s still quite notable. For the first 10 games of the season, the Steelers never had more than two halfbacks—Najee Harris and Jaylen Warren—touch the ball. Not just in a game, but for the whole season up to that point.

Benny Snell Jr., a fourth-year veteran with hundreds of touches on his resume, did not see a touch until the Sunday before last. And he had 12 rushes in that game for 62 yards, a very respectable performance, with Warren out of that one and Harris missing the second half due to injury.

Somewhat surprisingly, both Harris and Warren played this past Sunday, however, and yet Snell still got involved, getting seven touches in total including one reception for 35 yards from scrimmage. He’s moved pretty well for two weeks now.

But did he get that work because the team doesn’t think Harris and/or Warren are where they should be right now from a health standpoint? Or because they were working on a short week after playing a Monday night game?

In other words, with Harris and Warren seemingly likely to be reasonably healthy next week, what will Snell’s game look like? Is he still going to get some touches, assuming that the Steelers can continue to work their run game and justify spreading the work around?

Having three running backs capable of contributing in a meaningful way is certainly nothing to complain about. Snell has always had the potentially to be a tough runner, but he had also been a slow starter. If he can come off the bench warm and ready to go, we could have a three-headed monster.