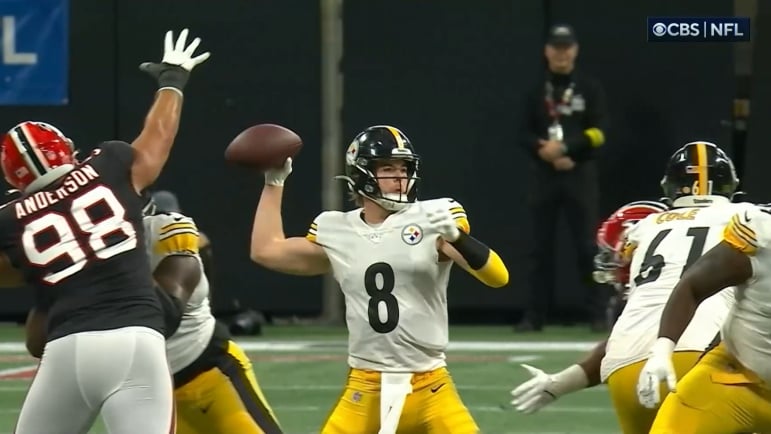 Question: Can the Steelers continue their turnover-free streak against the Baltimore Ravens?

The Steelers have gone four games without turning the ball over, rare generally and perhaps close to unprecedented in franchise history. Their ability to protect the football during that time has been critical in their finding greater success in the win-loss column, going 3-1 in that run.

They will, however, be facing one of the best teams in the league when it comes to taking the ball away in the Baltimore Ravens. They have produced 20 takeaways so far this season, including 11 interceptions, three each by Marlon Humphrey and Marcus Williams (the latter of whom has missed most of the season).

Notably, the Ravens just played their first game of the year in which they did not take the ball away even once, against the Denver Broncos. They had at least one takeaway in every other game, including three in one game a couple of weeks earlier, and a four-game streak to start the year with multiple takeaways per game.

The Steelers still rank only 13th in the league on the season in giveaways in spite of the fact that they have played clean ball for the past month, but they turned the ball over 14 times in the first eight games before the bye.

Yet they’ve played six out of 12 games now this year without an interception or a lost fumble, so it’s gotten to the point that it’s a coin flip. And they are 5-1 in the games in which they haven’t turned the ball over, the only loss coming against the Cincinnati Bengals a couple weeks ago.

What they haven’t done this season is find a way to win a game in which they turn the ball over. Hopefully they won’t have that problem on their hands on Sunday, able instead to bring their clean play streak up to five games in a row. Rookie quarterback Kenny Pickett has the second-longest active streak of pass attempts without an interception.