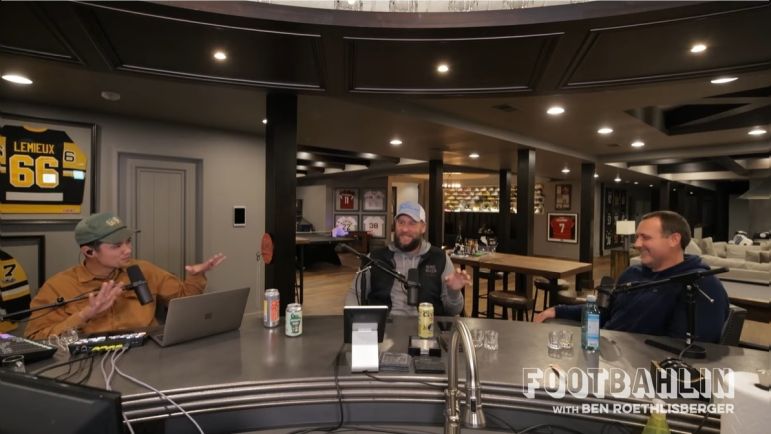 Heath Miler was a man of few words. Speak softly, carry a big stick. That was Miller. One of the team’s leaders and always a professional, it took a lot to make him mad and even more to make him fight. But the few times a practice skirmish broke out, the entire Pittsburgh Steelers’ roster had his back.

In the latest episode of Ben Roethlisberger’s Footbalhin’ podcast, Roethlisberger shared a great story about the team’s response when Miller got into a scuffle with anyone else.

Practice skirmishes happen, especially during training camp, and are typically no big deal. Everyone has their “side,” as Roethlisberger mentions, usually the defense sticks up for the defender, the offense for the offensive player. With Miller, everyone had his back.

Of course, any skirmishes with Miller rarely happened, Roethlisberger said you could count them on one hand, which made any sort of dustup all the more surprising. If someone had made Miller mad, odds are good they deserved it.

“When it happens, it’s like, something must have happened. So people are flying in there like, ‘you don’t mess with Heath!’ If Heath’s mad, something really happened.”

Roethlisberger said that defense was because Miller was so “revered” by the team, a status held for only a handful of players like him and DE Aaron Smith, who shared a similar workmanlike personality.

Miller was a unique player in his day and certainly would be a unicorn now. In an era of specialization and big plays and high-flying celebrations, things that aren’t inherently bad but certainly the norm, he quietly went about his business. He did his job no matter how ugly or unrecognized it was. He was one of the league’s top blockers while serving as a valuable safety net for Ben Roethlisberger, who became one of his closest friends. Miller’s entire time in the NFL was spent in Pittsburgh, another rarity compared to today’s modern era, and he played key roles in the Steelers winning a pair of Super Bowls.

His tremendous career was honored yesterday with him officially inducted into the team’s Hall of Honor as part of a fantastic 2022 class that included Myron Cope, Sam Davis, and Ray Mathews. Miller won’t ever make it into Canton but he’ll be remembered as one of the greatest Steelers, equally loved by fans and his teammates.

Check out the full episode, which has some fantastic stories, below.