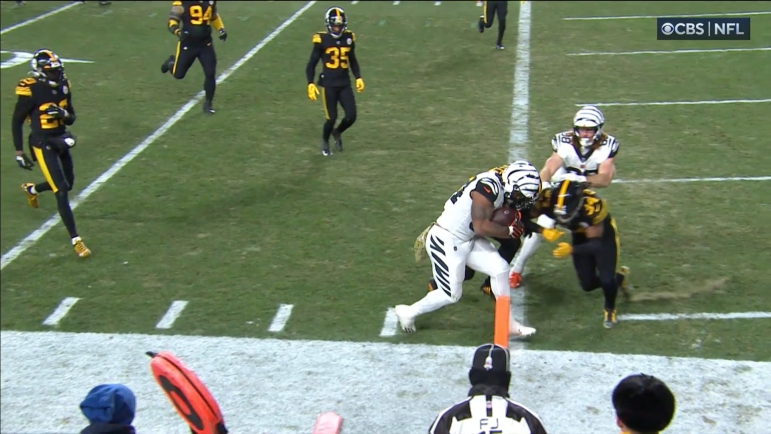 The Pittsburgh Steelers defense allowed 17 points in the first half, and produced no points of their own. Yet the team still held a three-point lead at halftime. Hard to imagine for those who watched the first half of the season, it’s true, but the home team put up 20 points on offense through the first 30 minutes.

Unfortunately, the second half of the game didn’t go nearly as well, and while the offense floundered, the fault of the defense has to be highlighted. When all was said and done, they gave up 37 points, a number that is completely unacceptable even under the best of circumstances…that’s just one fewer than the Buffalo Bills put up.

“Just largely, we’ve got to make people settle for field goals”, head coach Mike Tomlin said after the game via the team’s website. “We can’t allow people to score touchdowns at the rate they scored tonight. You gotta make them settle for field goals. We didn’t do that and that’s why the game ended up the way it ended up”.

The defense allowed the Cincinnati Bengals into the end zone four times on the night, all on passes by quarterback Joe Burrow, even if most of them went to running back Samaje Perine. That’s made up the majority of their scoring, and none of those touchdowns came on short field, in fact, it includes two 90-plus-yard drives, a crucial failure in Tomlin’s eyes.

“When you’re in a battle, the field position is a component of it”, he said. “When you got it, you gotta maintain it. It has to produce points, and obviously on defense you can’t allow them to drive the field. And those are a couple things that happened that I thought shaped the second half of the football game”.

They did not do that. Twice in the second half, the Steelers got the ball inside Cincinnati territory, including once near the red zone. They netted three points combined on those two drives, picking up one whole first down.

And conversely, as said, there were the two touchdowns the defense allowed on drives that spanned 90-plus yards of offense. That included what would prove to be the game winner in the middle of the fourth quarter, starting on their own seven.

The Steelers had a defense about as healthy as they could expect. T.J. Watt, Minkah Fitzpatrick, Cameron Heyward, Myles Jack, and the rest were all out there together. They just didn’t get the job done. And it’s inexcusable for the defense to perform at this level.