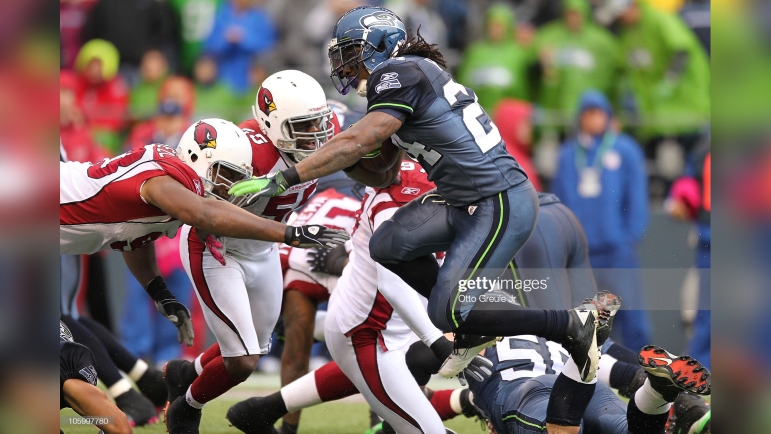 Calais Campbell is indisputably one of the great interior defensive linemen of his era, and he has already been recognized as such as a member of the NFL All-Decade team for the 2010s—at the expense of the Pittsburgh Steelers’ Cameron Heyward.

He may be nearing the end of his career 15 years in at the age of 36, but he’s looking to go out on a high note—both collectively and individually. Scoring a Super Bowl victory has always driven him, but with a major personal milestone within sight, he won’t deny its significance.

He is sitting at 98 sacks for his career, a statistic that has eluded him more in his final years. He only had four in his first season with the Baltimore Ravens in 2020, and just 1.5 last year. But he has 4.5 this year and needs just two more to reach 100 for his career.

“I never really chased sacks, never really tried to go outside my job to make any plays”, he told reporters this week. “That’s one of the few goals I set when I was a rookie, or really before I was a rookie and I knew I wanted to play in the NFL, of, ‘It would be really cool to get in that 100-sack club.’ That’s a rare club that only a select, special group has been able to do [and] get in. For me, it would be cool”.

It’s still not a very populous club. Only 42 players since sacks became an official statistic have managed to reach that plateau. Carlos Dunlap was the most recent player to reach the mark two weeks ago. Aaron Donald also officially stamped his ticket earlier this season. Campbell wants to be next—and he’s seen how elusive it can be, thanks to his experiences playing with a former Steeler.

As many Steelers have done, Porter finished his career playing in Arizona, where Campbell spent his first nine seasons. He had just one sack in five games played in his final season in 2011 at age 34 before suffering a knee injury that effectively ended his career.

“It’s hard to get to that number, so I don’t take any day for granted”, Campbell said. “I know that at any given time, this could be taken away from me from a football standpoint, so I just want to enjoy the ride and play some good football. If I’m able to play out there, if I’m able to be healthy, I feel like it’s just a matter of time”.

Campbell has largely had good fortune in terms of health throughout his career, playing 222 career games over his 15 seasons. He’s only missed about a dozen games over that time. But any play could be his last, whether he’s recorded those two elusive sacks by then or not.