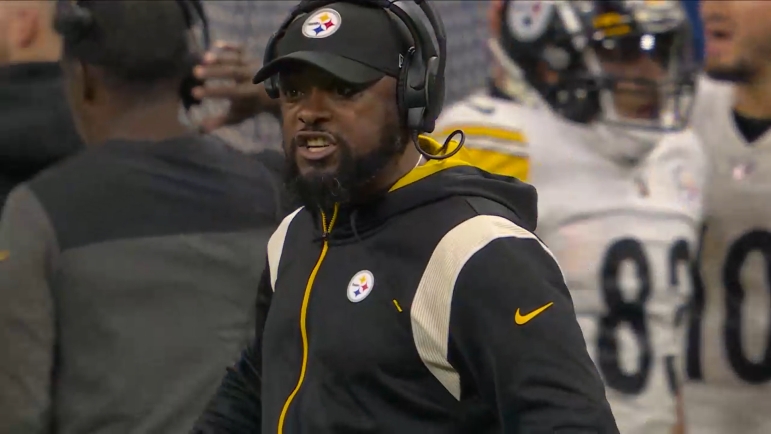 When Tomlin was asked about his impressive 19-3 record on Monday Night Football and what he attributes his success to on these games in primetime, Tomlin played off his accolades at producing a winning football team on Monday night matchups, rather respecting the game so much to make sure his team is ready when it takes the field under the lights in primetime.

“I don’t,” Tomlin said to the media Tuesday on video from the team’s YouTube channel. “I get singularly focused on each opportunity. I respect Monday Night Football. I make sure our team does. I just appreciate it from a fan’s perspective. Somebody that loves football that grew up, um, pre-SportsCenter man, uh, Howard Cosell gave you the highlights from the day before and that’s about all you saw. And then after halftime, my mom would make me go to bed. And so, I just love and respect it and want to be prepared for it and put my best foot forward, but you know, I have no response to the record that you mentioned.”

Tomlin may not have any response for his record on MNF, but his record speaks for itself. After winning last night against the Indianapolis Colts, Mike Tomlin increased his winning percentage on Monday night in primetime to .864 with a 19-3 record, second all-time to only Hall of Fame Head Coach John Madden.

Mike Tomlin and the Steelers continued their winning ways on Monday Night Football with a 24-17 win over the Colts.

Tomlin has the 2nd-highest win percentage of any coach on MNF, trailing only John Madden. pic.twitter.com/LYFEGiQprG

Tomlin has called himself a football historian in the past, appreciating the history of the game and wanting to pay homage to the those who have done represented the game before him. He said the same back this summer when he jumped on The Pivot Podcast, talking about his HC idol Joe Gibbs and the play of former special team Corey Ivy as memories that he will cherish from his football life over wins and losses.

While Tomlin has had plenty of shortcomings over the last decade for a team that hasn’t won a playoff game since 2016, he does have a way of having his teams rise to the occasion often when the rest of the world counts them out. Pittsburgh got a much-needed win on Monday night in attempt to remain relevant this season and avoid Tomlin’s first losing season as head coach of the Pittsburgh Steelers.

While being .500 isn’t the standard in Pittsburgh and this team needs to desperately change their ways in order to return to relevance as a playoff and Super Bowl contender, Tomlin has shown that he can help produce a winning football team, making it nearly impossible to see the team move on from him after what has been a down season. He needs to look into the mirror to elicit much-needed change to compete next season, but the intangible coaching qualities are there for Tomlin to field another playoff contender in Pittsburgh.