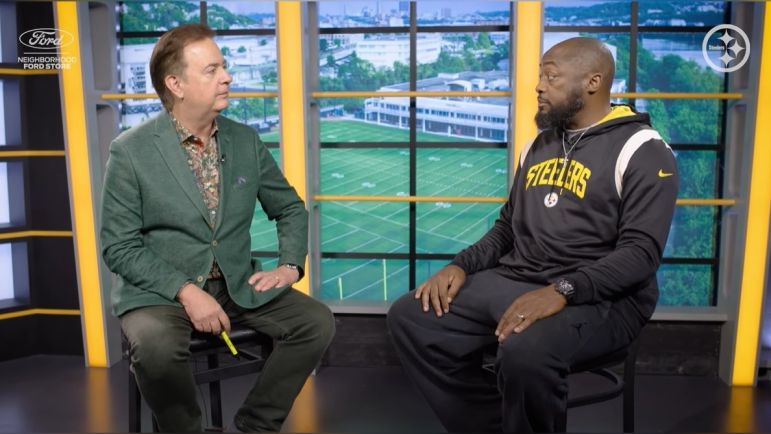 No coach has ever come out and said, “we want a slow start. Let’s not rush out to a lead.” But Mike Tomlin believes a fast start is especially important for Sunday’s game against the New Orleans Saints. During his weekly Mike Tomlin Show Saturday, Tomlin said getting ahead of the Saints tomorrow will be important.

“To start fast,” Tomlin told host Bob Pompeani via the team’s Steelers Live account. “We can’t warm up to it. We can’t waste possessions and particularly possession downs. In the sense of the in-stadium flow or getting acclimated to New Orleans and their attack or us just being back in action. How we’re starting, the speed in which we start, we can’t warm up to it.”

A cold start has plagued this team many times this season. Perhaps none more notably than in their Week 7 loss to the Miami Dolphins. Pittsburgh adjusted well and shut Miami out in the second half but a slow start, 13 first quarter points, put them in a hole the offense couldn’t climb out of and the Steelers lost the game 16-10. After that contest, Tomlin admitted they were warming up to the Dolphins’ attack and had to adjust to contain them. Now, Tomlin is striking a different tune.

Fast starts aren’t something the Steelers have been very good at this year. They have 27 first-quarter points this season, tied 22nd in the league, with seven of those coming off Minkah Fitzpatrick’s pick-six in the Week One opener. In fact, over the last two seasons, Pittsburgh ranks 31st in first points scored with just 64, only slightly ahead of the New York Giants.

The good news is the New Orleans Saints haven’t been much better. Over the last two years, the Saints rank 29th in first quarter points with 74 and sit middle of the pack in 2022 alone. Still, it’d be nice for the Steelers to jump out to a first quarter leader. This year, they’re 2-0 when leading after the first quarter but they’re 0-6 when losing or tied after the first 15 minutes.

Playing from ahead could potentially limit the Saints use of heavy personnel, especially Taysom Hill. It would put more pressure on QB Andy Dalton and the Saints’ passing attack. And with a battered offensive line missing two starts, Pittsburgh being able to expect and play the pass should create pressure, sacks, and turnovers, particularly with T.J. Watt’s expected return.

The old saying is it isn’t how you start but how you finish. To a degree, that’s true. But I wouldn’t kick a fast start out of bed and Pittsburgh sure could use on this weekend.