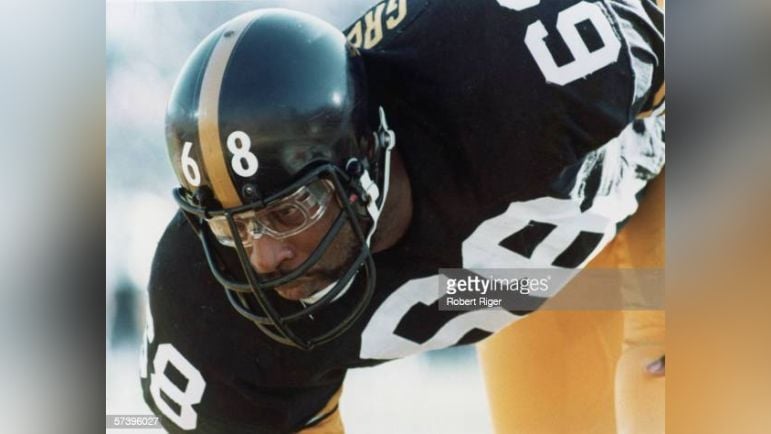 On the heels of two Pittsburgh Steelers, WR Hines Ward and OLB James Harrison, named semifinalists for the 2023 Pro Football Hall of Fame. We’ll find out in the weeks and months if either will be part of the upcoming Canton class. But it got me thinking. Who are the greatest Pittsburgh Steelers not in the Hall? That’s what we’ll do today with a David Letterman style Top Ten list of the greatest Steelers not part of Canton.

For this list, I will not include active players, those not yet eligible (so no Ben Roethlisberger on this list), and first-year candidates like Harrison. Anyone eligible and not in, including guys like Ward, could be included on this list. These ten won’t be listed in any particular order.

WR Hines Ward – While I’ve been in the Steelers’ fan minority not believing Ward will nor should get in the Hall of Fame, there’s no denying how close to the line he is. There’s a reason why he’s been a seven-time semifinalist. His resume is still strong with 1000 receptions, over 12,000 yards, and 85 receiving scores with a Super Bowl MVP on his mantle. Ward is one of the most consistent receivers of his era, finding ways to make an impact in a run-heavy approach and always willing and loving to block. The lack of gaudy numbers based on his era and offense he played in has given him something of a raw deal and he probably should’ve made at least one All-Pro team over the course of his career. While Ward may have a long wait to get into Canton, he’s one of the closest to its doorstep.

DL L.C. Greenwood – Many will call it Steelers’ fatigue as to why Greenwood isn’t in the Hall. Call it what you will but it’s a crying shame and he’s arguably the biggest snub of the entire list. With more sacks like Joe Greene, Greenwood unofficially had 78 of them throughout his regular season, not to mention a NFL record four of them in the team’s first Super Bowl win over the Dallas Cowboys. He also holds the record with most career Super Bowl sacks with five. A key part of all four of the Steelers’ Lombardi’s he was a six-time Pro Bowler, two-time All-Pro, and named to the All-Decade 1970s squad. Of that entire team, offense or defense, Greenwood is one of four not enshrined in Canton. A six-time finalist voters sadly forgot about, he deserves his place into the Hall.

LB Andy Russell – One of the few holdovers to bridge the Chuck Noll era, Russell was always overshadowed by Jack Lambert and Jack Ham. Heck, he was 34 by the time the Steelers won a ring. But he was always a standout player and one of the team’s few bright spots before the Steelers got good, making seven Pro Bowls and winning two rings. Not bad for a former 16th round pick who missed two seasons to serve in the Army.

LB Greg Lloyd – Like Harrison, few players were as feared in their playing days like Lloyd. As Bill Cowher once instructed, his job was to rush the quarterback. That he did. He may have *only* had 54.5 career sacks but he made them count with an incredible 35 forced fumbles, still in the Top 15 in league history, and made three All-Pro teams. The lack of stellar sack numbers, just one double-digit season, is what’s holding him back. But in his prime, few were harder to block.

NT Casey Hampton – Speaking of hard to block, Hampton didn’t light up the box score but he made everyone else around him better and he was at the heart of some amazing defenses. A first round pick who lived up to his billing, few stuffed the run like Big Snack could. In seven of his eleven years (excluding one largely missed due to injury), the Steelers finished top five in run defense and sat atop the league three of those times. He’s the one who let all the inside linebackers gobble up the tackles and the EDGE rushers pin their ears back on inevitable third and longs. A five-time Pro Bowler with two Super Bowl rings – those championships strongly aided by ridiculously good defenses – Hampton will probably never land in the Hall. But he should.

TE Heath Miller – Miller’s lack of eye-catching stats will probably always prevent him from reaching Canton’s doors. But you can easily argue he was a top four tight end throughout his NFL career. From 2005 to 2015, only Jason Witten, Antonio Gates, and Tony Gonzalez had more receptions or yards than Miller. Gonzalez is already in the Hall and the others will join him when eligible. Miller was one of the league’s top blockers and most well-rounded players and won two Super Bowls as a Steeler. He’s the greatest tight end in franchise history, edging out Elbie Nickel.

S Carnell Lake – A tremendous athlete at both corner and safety, all Lake did was make five Pro Bowls, an All-Pro team, and was part of the 1990s All-Decade squad. A nose for the big play, he registered nearly as many forced fumbles (15) as he did interceptions (16) and was a consistent, durable presence in the Steelers’ lineup. Switching to corner to replace Rod Woodson midway through the 1995 season is one of the most remarkable switches you’ll ever see, still making the Pro Bowl that year. It’s unlikely he ever gets in but he was a tremendous talent.

OT Jon Kolb – Gotta show some love to the offensive line. While centers are what you think of when it comes to Steelers’ greats, Kolb is among the greatest tackles in team history. Ridiculously strong and later appearing in World’s Strongest Man competitions, he missed one regular season game from 1971-1979 and was part of all four of the Steelers’ Super Bowl victories throughout the 70s. He started 138 total games for the Steelers and never played for another team. He’s up there with Frank Varrichione, a five-time Pro Bowler in the 50s, as linemen worthy of Canton’s honor.

DL Dwight White – Playing on a line of Greene and Greenwood will get you overshadowed but White played just as key a role in the team’s first four Super Bowl rings. A two-time Pro Bowler, he shined in the postseason with nine career sacks, including two in the team’s 21-17 victory over the Cowboys, making big plays when the Steelers needed them most. He’s also responsible for the first points in Super Bowl history, touching up Vikings’ QB Fran Tarkenton in the end zone for a safety. A game in which White wasn’t even expected to play in after coming down with pneumonia.

K Gary Anderson – There are still several great names to be added to the list. But I’ll be a little different and mention Anderson, one of the best kickers of his era. It’s hard for a kicker to go to Canton but Anderson has a case to make. A four-time Pro Bowler who spent 13 years in Pittsburgh in a career than spanned three decades, Anderson is the rare player to be part of the 1980s and 1990s All-Decade teams. Of course, being a specialist offers unusual longevity but that award is still earned. Despite beginning in an era where field goal percentages weren’t nearly as high today, he’s one of just two kickers in history to have a perfect conversion rate on 35+ attempts, going 35/35 in 1998. Anderson’s odds of being inducted are remote he’s still the Steelers’ all-time leader in points and remains the only one in the 1000-point club.