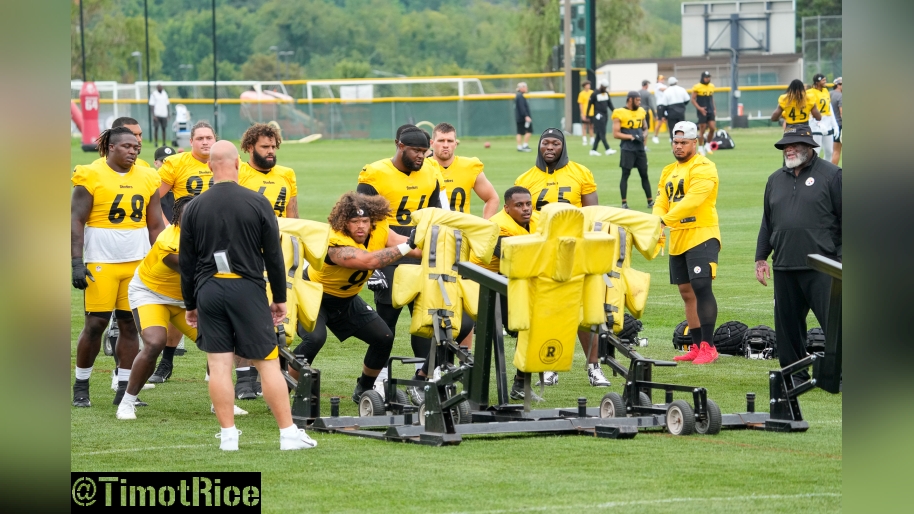 Going into the 2023 NFL Draft, the Pittsburgh Steelers have a lot of holes they need to fill, but what should be filled first? You can certainly argue that they should prioritize shoring up the offensive line and protecting Kenny Pickett. However, I believe the Steelers need to address their defense first and try to fix the issues that have been plaguing them on that side of the ball.

The Steelers pass rush has been down right brutal this season, with them being second to last in hurry percentage with 2.9% and a pressure percentage 13.8% despite blitzing 27.2% of the time. This has led teams to be able to pick apart a below average Steelers secondary as there is virtually no pressure and the Steelers don’t have as many players in the secondary as they are trying to manufacture that pressure by bringing guys from other positions to blitz.

Given that the offensive line this season has been fine, I would argue that the Steelers, while needing a left guard, could trot out Chukwuma Okorafor, James Daniels, Mason Cole, and Dan Moore Jr. and feel pretty good about it if they can get an upgrade over both Kevin Dotson and Kendrick Green at left guard either in the draft or free agency.

So what is the difference this season? The Steelers got pressure on opposing quarterbacks 26.1% of the time last season. Now obviously they had a healthy T.J. Watt last year, but the Steelers cannot afford to go into the next season with a weak pass rush.

With two of their first three picks they should prioritize defensive line and maybe EDGE, although I wouldn’t complain with them drafting two defensive lineman. Cam Heyward is getting up in age and Larry Ogunjobi may not be back next season, and if the Steelers do not have a quality linemate for Heyward they cannot play the run as evident in last season.

As of now, the offense likely needs a change in offensive coordinator and a second year jump from Pickett to get going. For the Steelers defense, with all the money invested in it, General Manager Omar Khan and head coach Mike Tomlin have to make sure they’re set up for the future, or else it will just be Watt, Highsmith, and Minkah Fitzpatrick trying to make splash plays while they give up a ton of yards week in and week out.

Give Pickett a strong defense as he matures as a quarterback and address the offensive line with high picks next year as you can then hopefully only need to address center and one tackle position.