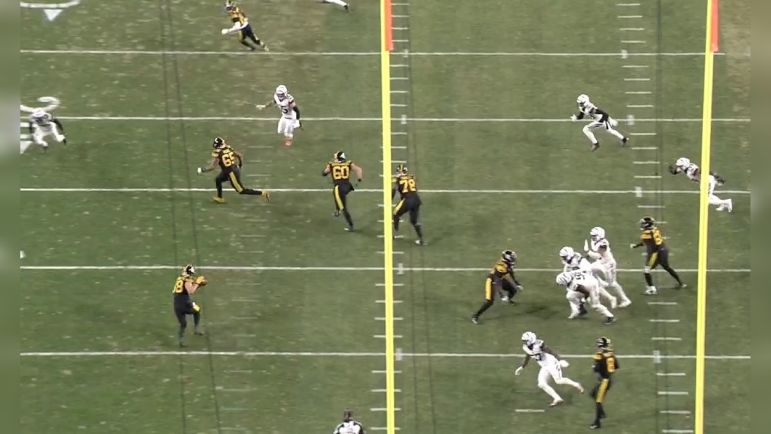 Don’t blame this on Matt Canada. At least, not in design, though maybe the fact the Pittsburgh Steelers haven’t run an effective screen since the Nixon Administration is a sign they should stop being used.

Two frustrating clips from Sunday’s loss to the Cincinnati Bengals. The first, a screen to WR Diontae Johnson in space, trying to get him involved with a YAC opportunity. The blocking isn’t great, TE Pat Freiermuth struggles to sustain and probably could’ve been flagged for a hold, but Johnson does the offense no favors. He’s indecisive and runs into the back of the Bengals’ defender, stopping him before help arrives and he’s taken down for just a one-yard gain.

Here’s how it looks when Johnson gets the ball. A lot of space. 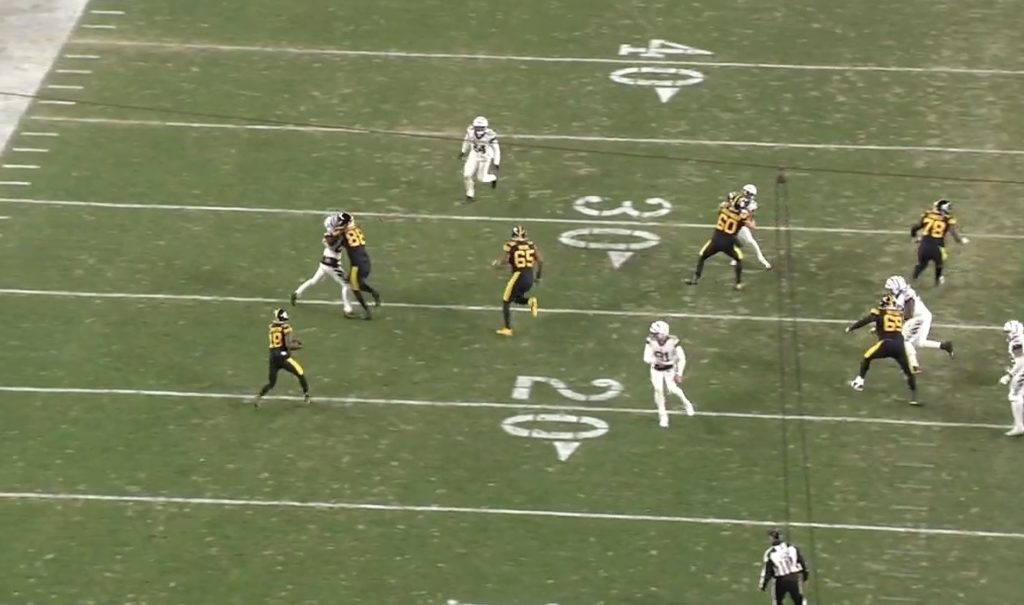 And here’s the actual result.

The second, a well-designed screen to TE Pat Freiermuth. Nice window dressing by pulling the guard to bait the linebackers the other way before hitting Freiermuth to the boundary. Blockers out in space for this offense to get something. But J.C. Hassenauer ignores LB Logan Wilson, one of the Bengals best players, ostensibly because he thinks LT Dan Moore Jr. is going to take him. But Moore is taking the widest DB, leaving Hassenauer and RG James Daniels to block the same defender while Wilson runs free to make the tackle on Freiermuth. Moore misses his block too so essentially, the line blocked no one on this play.

Again, here’s how it looks when Freiermuth catches the ball. 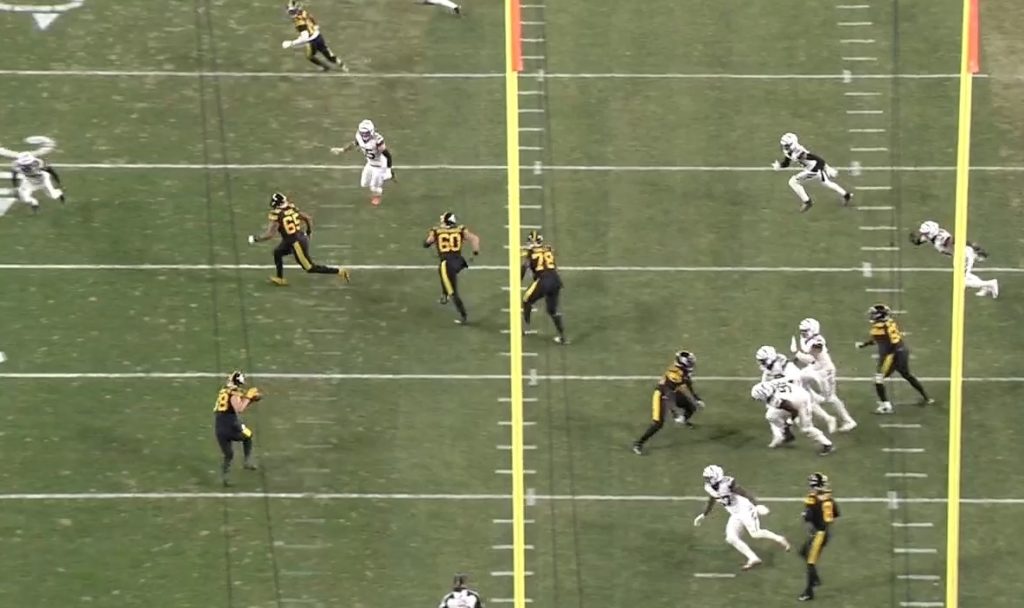 And here’s how it played out.

What should’ve been a successful play only gains three and sets up 3rd and 4, which the Steelers fail to convert.

I try to give grace. Screens can be messy. Asking big linemen to run and block in space is tough to do; they’re trying to adjust on the fly. These plays don’t have to look pinpoint or perfect nor do they need to rip off 22 yard gains each time. But when you have blockers in space, you have 1v1 matchups, especially with guys like Johnson touching the ball, there should be better outcomes than this. These plays should be netting 5+ yards, not being called just to gain one or three. All I’m asking for is a creases for the receiver to be able to hit and get upfield with. That didn’t happen on either play. Receivers running sideways, running into defenders, and not able to get vertical.

Pittsburgh’s been a bad screen team for a long time and that’s continued into this season.