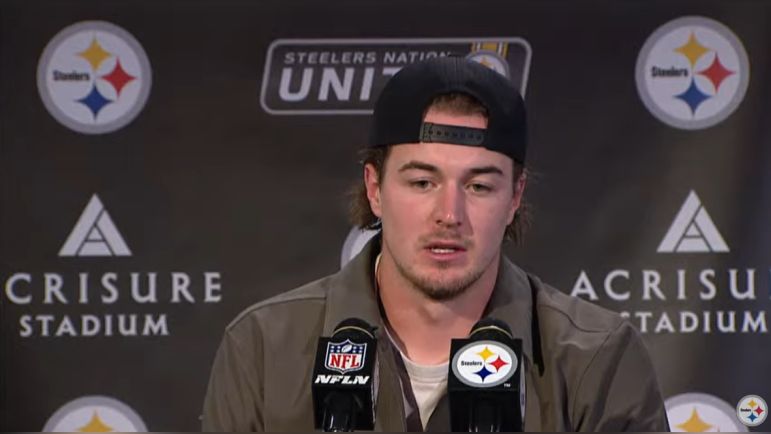 The good news. The Pittsburgh Steelers’ scored a season-high 30 points Sunday against the Cincinnati Bengals.

The bad news. Despite that, they played an ugly second half of football.

With just two first downs and 67 total yards of offense until the final moments, Pittsburgh went from holding the lead to being competitive to being down two-scores until the final minute in a must-win divisional game. Speaking to reporters after the game, Pickett said the offense failed the team in the second half.

“The penalties and not taking advantage of the short fields are the things that stick out immediately,” Pickett said via the team’s YouTube channel. “Our defense did a great job. To give us a chance to win the game and we didn’t come through in that second half. That’s on us and we gotta get it fixed and have two strong halves in order to beat a team like that.”

At least it’s more accountability than other young quarterbacks have shown. Still, Pickett and this offense have to find ways to sustain and produce. They played well in the first half, moving the chains on possession downs, having a relatively effective run game, and finishing drives off. As Pickett said, the second half was the opposite, a half filled with bad throws, no-gains, and penalties that again reared their ugly head.

Down 27-23 with under 12 minutes to play, the Steelers picked up 13 yards on a first down run with Najee Harris. Everything from there went backwards in literal fashion. Pat Freiermuth was called for holding to set up 1st and 20 while a busted play on a draw led to another penalty and 1st and 25. That was followed by two incompletions that set up a give-up 3rd and 25 draw, forcing a punt. The Bengals took advantage, marching 93 yards and taking over five minutes off the clock on a touchdown drive, putting them up two possessions.

Pittsburgh’s offense has struggled all year, often unable to put up points in either half of football let alone play a complete game. They showed signs of life in the first half Sunday but football is a 60-minute game. Thirty minutes isn’t enough against an offense as potent as the Bengals. With the loss, the Steelers already faint playoff hopes go up in smoke. But they’ll try to figure the offense out and get at least one full game on tape before their season ends in early January.