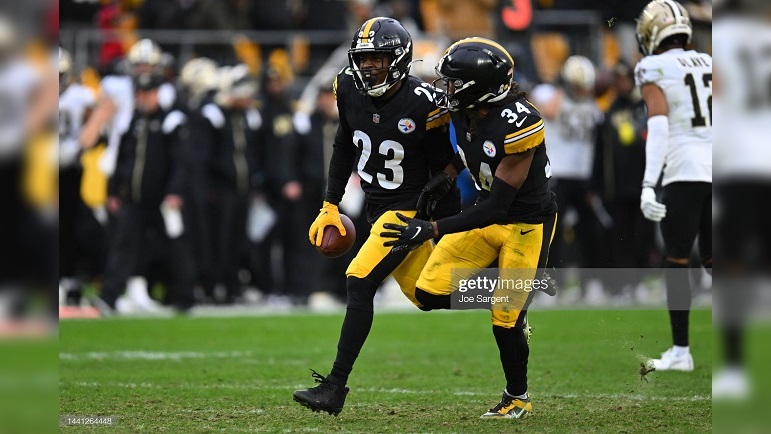 With the Pittsburgh Steelers now sitting at 3-7 for the season, it’s certainly not too early to start looking ahead to the offseason and specifically, what might ultimately transpire when it comes to the team’s lengthy list of scheduled unrestricted free agents. The Steelers won’t play their Week 12 game until Monday night so with that, let’s use this Thanksgiving Day to look at that long list of scheduled unrestricted free agents the team will have to make decisions on.

Below is the current list of scheduled unrestricted free agents that the Steelers will have after the 2022 season has been completed.

Let’s run through the more notable players on this list in order really quick.

CB Cameron Sutton – Sutton’s contract will void after this season and that will in turn make him an unrestricted free agent. The Steelers’ current group of cornerbacks isn’t really all that so it feels like every effort might be made by the team to get him re-signed. Sutton is position versatile and that adds to his value. How much is too much for Sutton will be the biggest question during the offseason when it comes to him.

DE Chris Wormley – While Wormley certainly isn’t a starter, he is a player on the defensive line that gets quite a bit of playing time. He has logged 273 total defensive snaps so far through 10 games played. Wormley shouldn’t be expensive to re-sign, but he probably won’t be willing to sign a one-year deal for the veteran minimum just the same.

S Damontae Kazee – Kazee has played in just two games so far this season after spending the first eight on the Reserve/Injured list with a forearm injury. How he plays in the remaining seven games will go a long way in determining his value to the team moving forward. He figures to get most of his playing time in dime and big nickel packages. He’s a prime candidate to be re-signed if he plays well from here on out.

ILB Devin Bush – While Bush has played better overall this season, the team’s former first round draft pick is still not making splash plays. He is a starter, however. While Bush certainly doesn’t have much of a long-term future in Pittsburgh past this season, the Steelers might try to re-sign him on the cheap to use as a bridge player to whomever winds up being the next starter at inside linebacker.

DT Larry Ogunjobi – Is Ogunjobi earning his $8 million this season? While he has shown some flashes in a few games, probably not overall. Ogunjobi is a mercenary of sorts at this point in his career, so he’ll likely be interested in signing with any team willing to pay him the most guaranteed money. He still has seven games left to show the Steelers that he should be a priority re-signing during the offseason.

WR Miles Boykin – While Boykin hasn’t done much as a wide receiver in his first season with the Steelers, he has shown to be a valuable commodity on special teams as a gunner. The Steelers value those kinds of players so they might be interested in re-signing him for a little more than veteran minimum during the offseason.

S Terrell Edmunds – Like Bush, Edmunds will be an interesting conversation after the season is over when it comes to the team’s unrestricted free agents. He’s durable and knows his role, but like Bush, doesn’t deliver splash plays. With Kazee also on this list, the team might need to decide between keeping either he or Edmunds for slightly more than the veteran minimum during the offseason. If the Steelers don’t re-sign one of the two, they will likely need to address the strong safety position early in the 2023 NFL Draft.

Zach Gentry – Gentry is what he is and that is a second tight end. He is mainly a blocking tight end overall and now appears to be at his ceiling in that regard. He also plays a small amount on special teams like most second tight ends are asked to do. His free agent value might be slightly more than the veteran minimum and if not too outrageous, might be worthy of re-signing.

The Rest – Most of the players not recapped above are more minimum wage types, in my opinion, and that includes fullback Derek Watt, who is now 30 years of age. As for defensive end Tyson Alualu, he is now 35 and thus he’s likely to retire after this season. Quarterback Mason Rudolph is likely to land the most money in free agency of the remaining players on the list but that isn’t likely to be from the Steelers. He’s probably counting down the days until unrestricted free agency gets underway. If any of the remaining players on this list wind up being re-signed by the Steelers, it’s hard to imagine it being more than the minimum and with no guarantees that each will make the 2023 53-man roster.

So, with my quick and dirty recap of the Steelers’ 2023 unrestricted free agent situation now out of the way, let me know your thoughts on the players listed that you believe should or could wind up being re-signed and especially those that might cost more than the veteran minimum.