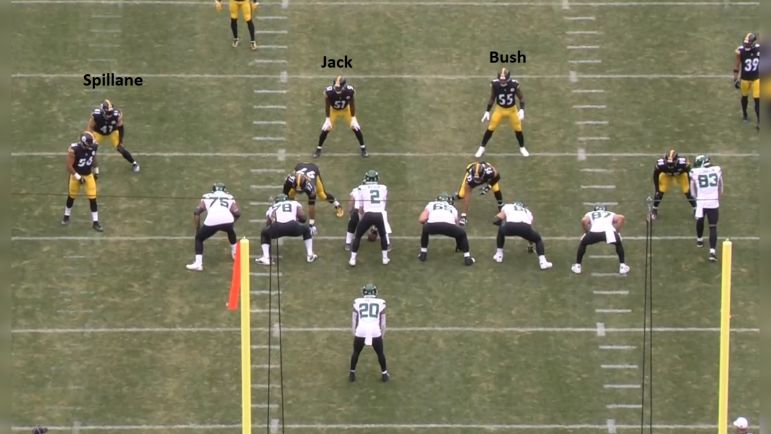 T.J. Watt’s Week 10 return will shake up the Pittsburgh Steelers in all the positive ways. Of course, Watt will bring an impactful, game-changing defender to Pittsburgh’s unit, one that sorely needs his ability to pressure the quarterback and change the course of a game. One underrated thing he’ll bring this defense is simplicity. In Watt’s absence, the Steelers’ defense has come up with every combination and grouping a coaching staff can think of, trying to gain every edge with an all-hands-on-deck approach to replace him.

One of those attempts have been a three inside linebacker package. Not a rotation but having Myles Jack, Devin Bush, and Robert Spillane on the field at once. Though Teryl Austin sees it as a useful grouping, he doesn’t know if it’ll be used once Watt hits the field.

“It has been effective,” Austin said via Steelers.com. “I’m not sure how it’s gonna be moving forward. We’ll figure that out. But I think it’s all specific to who we’re playing, and if it does give us the best chance to win.”

The three linebacker grouping wasn’t a seldom-used package. Since Week Two, it’s been used over 11% of the Steelers’ defensive snaps, more than 50 total snaps. Here’s one example of how it looks. You’ll see Jack, Bush, and Spillane on the field below. 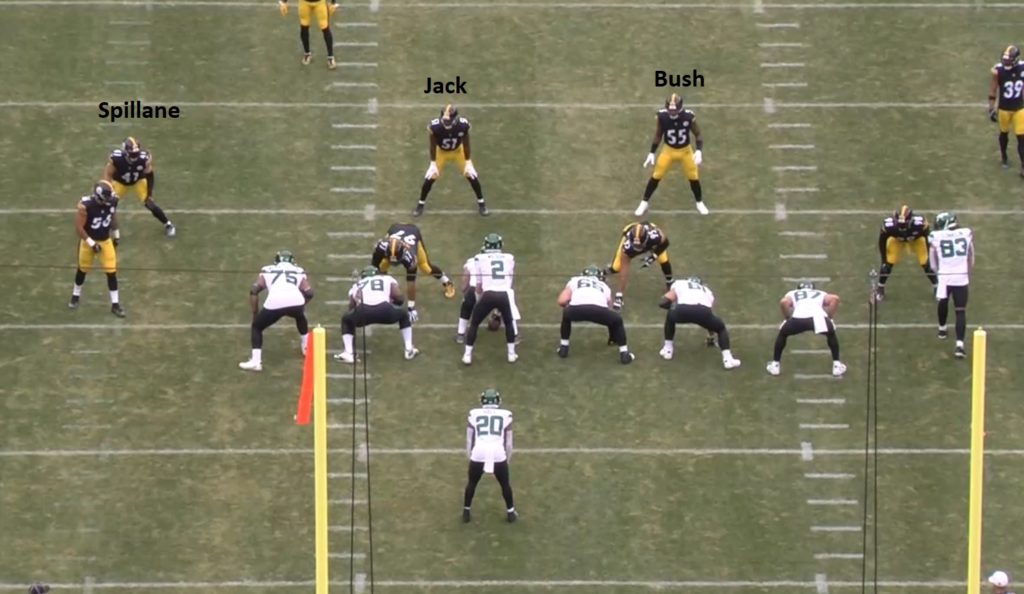 Pittsburgh utilized different wrinkles. Often, Robert Spillane would play the role of an OLB, lining up on the edge. While not much of a pass rusher against tackles, the team trusts him implicitly and uses him in a variety of roles, including dime packages. The Steelers often coupled their three linebacker look with their over front to bump Spillane off-ball while the team even sprinkled in nickel packages with the three of them on the field.

Using this package removed an outside linebacker, most often Malik Reed, putting less pressure on him to directly fill Watt’s shoes. While that’s probably a troubling statement over Reed’s play, the team has used nearly its entire rolodex of players to replace Watt. Some of it worked, some of it didn’t, some of it caused unintended consequences, like confusion in alignment or even pure personnel, the Steelers not always getting 11 men on the field for all their snaps, forced to burn timeouts because of it.

Austin said the decision to utilize this package was all in an effort to get its best guys out there.

“I think that was a proper thing to do. You have three guys that could play and you thought that, hey, after you lose a couple guys, maybe these are the best guys on the field and you try to put the best guys on.”

With Watt’s return, implementing this package will become harder to do. It required removing one inside linebacker. With Watt and team sack leader Alex Highsmith, replacing one for Spillane doesn’t make the team better. Still, the team could get creative and occasionally utilize this package in spelling one of them. Or the team could, as they have in the past, run a five linebacker package. They’ve shown a 3-5 against heavy personnel, 22 and 23 groupings, and perhaps they add an additional layer with a 2-5 look, removing a nose tackle in certain moments. Cam Heyward played a lot of nose tackle against the Eagles so the Steelers clearly aren’t happy with the play of Tyson Alualu and Montravius Adams.