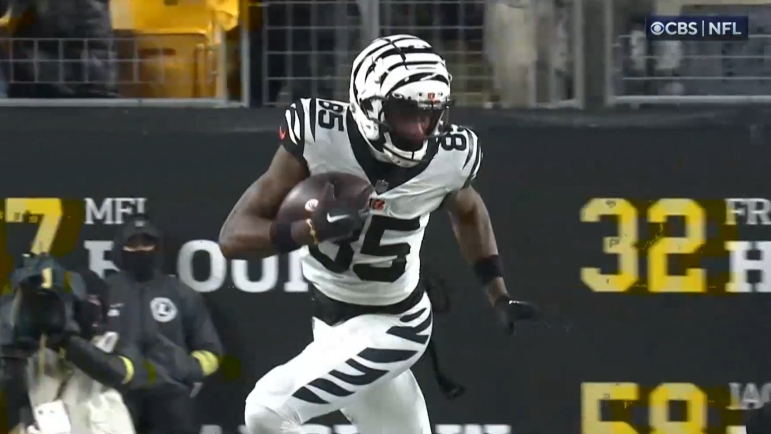 The Pittsburgh Steelers gave up yet another 100-yard receiver, as Cincinnati Bengals’ receiver Tee Higgins had a season-high 148 yards against them last Sunday at Acrisure Stadium. This was the seventh time the team gave up a 100-yard receiver on the season, and the team now ranks dead last in pass yards allowed per game on the season. Steelers’ defensive coordinator Teryl Austin was asked about this on Thursday according to audio on the team’s website.

“No, it’s not part of the problem that he is all over the place,” Austin said when asked if Higgins’ formation movement was the cause for the defense struggling to guard him. “We anticipated that with Ja’Marr [Chase] out, they’ll move Tyler [Boyd], and Tee Higgins around to try to get them in the best positions to catch the ball. We just didn’t do a good job of defending. We can dress it up however we want. We just didn’t do good enough.”

The Steelers’ struggles against Higgins and top receivers can be boiled down to a few fundamental problems. For starters, it’s hard to pinpoint anything resembling a top corner on this team after the retirement of Joe Haden. Ahkello Witherspoon and Levi Wallace are struggling with both injuries and inconsistent play. Arguably the team’s best corner, Cameron Sutton is not someone that can be described as a top corner.

The Bengals indeed lined up Higgins in different parts of their formation. According to PFF, he lined up in the slot on 12 snaps and outside on 40, which is right in line with his season splits. In doing so, the Bengals’ receiver had a catch on seven Steelers’ defenders. That is, he had 38 yards against slot corner Arthur Maulet, 49 yards on the right against Wallace, as well as 37 on the left against Sutton.

Simply put, finding a top corner must be a priority for this team in the offseason. For now, one immediate fix that makes the most sense is replacing Maulet at the slot corner position, as he allows a 119.9 passer rating in coverage. The one name that comes to mind is Sutton, who has ample experience playing in the slot. Sutton’s role on the outside can be replaced by James Pierre, who allows the lowest passer rating on the team at 60.4. The team also has William Jackson III coming back from injury, who is the most experienced outside corner on the team. While these changes are far from guaranteed to work, something must change when the team is 3-7 and ranks last in pass defense.

After ranking dead last in run defense last season, the team now ranks dead last in pass defense (from a yards per game standpoint). With an offense that is led by a rookie quarterback, this is a losing recipe. While this won’t be fixed overnight, something must be changed in the defensive scheme.