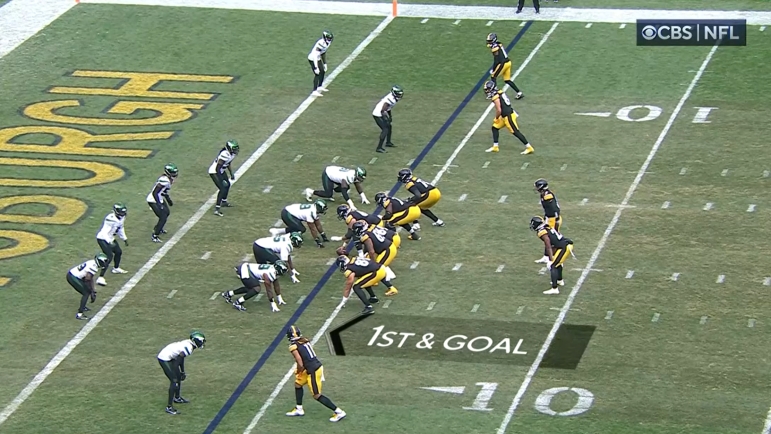 How do the Pittsburgh Steelers possess the ball for nearly 40 minutes, run for 217 yards, not turn the ball over once, and yet only come away in Sunday’s game scoring 20 points? Poor red zone play is the answer. Kenny Pickett knows it’s one of the biggest areas he and the Steelers’ offense must work at over the final eight games of the season.

Speaking to reporters today via Steelers.com, Pickett said he must manage those tight spaces better.

“There’s less grass. So it’s tighter windows, the timing, everything’s faster,” he told the media. “I’ve got to meet the guys at certain spots with the ball and they’ve got to get there on time.”

The numbers don’t lie. Through nine games, the Steelers are 28th in the league in red zone offense, finding the end zone just 46.2% of the time. It’s the second-lowest mark of the Mike Tomlin era, only better than their miserable 2019 performance with Mason Rudolph and Duck Hodges at quarterback. Of course, not all those numbers from this season stem from Pickett being in the lineup. With him in the lineup, the Steelers have gone 7/18 – 38.9% – in the red zone, meaning Pickett’s been far worse inside the 20 than Trubisky was.

Statistically, Pickett is just 11 of 27 with two touchdowns and an interception in the red area this season, posting the worst such QB rating in the league by a considerable margin. Of qualifiers, here’s the bottom three.

He’s also been sacked five times, tied for the league-most alongside Geno Smith, who has served as the Seattle Seahawks’ starter all season and has considerably more red zone attempts than Pickett.

So far, Pittsburgh’s offense has been unable to crack the 20-point barrier this season, reaching that mark three times but never exceeding it. The only time they’ve gone over that hump came in Week One but seven of their 23 points that day came courtesy of Minkah Fitzpatrick’s pick-six. Still 31st in points per game, if the Steelers want to score like the rest of the league, they’re going to have to finish drives instead of settling for field goals. Especially with kicker Chris Boswell out of the lineup at least another three games, causing the team to turn towards Matthew Wright who missed two kicks for the Steelers on Sunday.