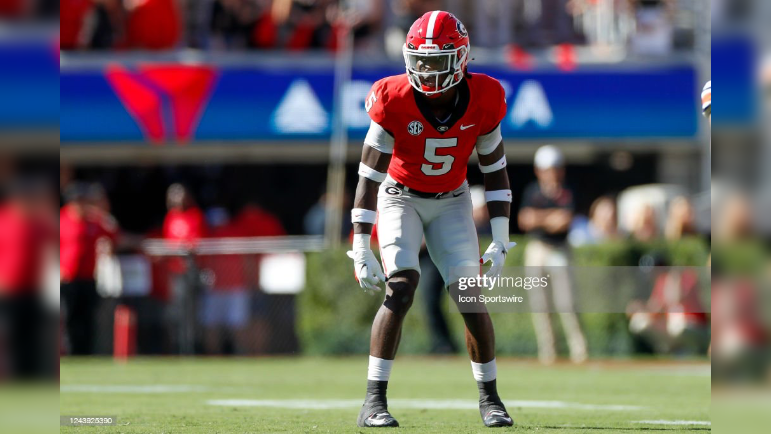 Though the Pittsburgh Steelers technically remain “in the hunt” for one of the three AFC Wild Card spots and can realistically go on a run in the second half of the season against a relatively easy remaining schedule, it’s never too early to look to the offseason and the 2023 NFL Draft.

That’s especially true when The Athletic’s Dane Brugler — arguably the best of the best when it comes to NFL Draft coverage — drops his first mock draft of the 2023 draft cycle on Wednesday morning.

While Brugler admits it’s a bit too early in the process to do this, it’s a good exercise to see where teams are at in the pecking order and to identify some needs for each team.

After winning two of their last three games, the Steelers are now slated to pick outside of the top 10 in the 2023 NFL Draft, currently sitting at No. 12 overall in Brugler’s first mock. The popular thought — at least right now from many in the media and within the fanbase — is that the Steelers have to address the offensive line with that pick.

I tend to think a little differently and believe the need for a lockdown, true No. 1 cornerback is a greater need than trench help right now, at least in the first round, considering the way the Steelers’ offensive line is progressing under first-year offensive line coach Pat Meyer. Brugler seems to agree, selecting Georgia Bulldogs star cornerback Kelee Ringo at No. 12 overall for the Steelers, one spot ahead of popular potential Steeler, Penn State cornerback Joey Porter Jr.

“Although his route instincts are undeveloped, Kelee Ringo is one of the freakiest athletes in the draft, with the size (6-2, 210 pounds) and speed (4.3 40-yard dash) to match up against NFL receivers,” Brugler writes regarding the selection of Ringo for the Steelers. “Ringo, the only player this season who has intercepted both Hendon Hooker and Will Levis, boasts the skill set to make plays in either man or zone.”

Ringo, who sealed Georgia’s first national championship since 1984 last season with a pick-six of likely No. 1 overall pick Bryce Young of Alabama in the College Football Playoff championship game, is a bit raw overall in his instincts and overall technique for the position.

That could scare some teams off early in the 2023 NFL Draft, including the Steelers, who have struggled overall to identify talent at the position and develop them, Cameron Sutton aside.

However, you cannot teach Ringo’s size, speed and overall ball skills. He’s a twitched-up athlete, one that can thrive in man or zone in the NFL and can handle all types of receivers, be they the physical, contested catch type, or the short-area burst, freakish receivers that are nightmares in space.

Ringo has all the tools, but he needs to do some developing. He’s the type of prospect you swing big on though with those tools and traits. With a new front office in place in Pittsburgh with first-year GM Omar Khan, assistant GM Andy Weidl and Director of Pro Scouting Sheldon White, the Steelers have new eyes in place to look over draft classes and make different decisions compared to what former GM Kevin Colbert did for 22 years in charge.

Maybe that change leads them to taking a shot on a guy like Ringo. They need a true, shutdown No. 1 cornerback and he has the makings of being one, with the proper development.