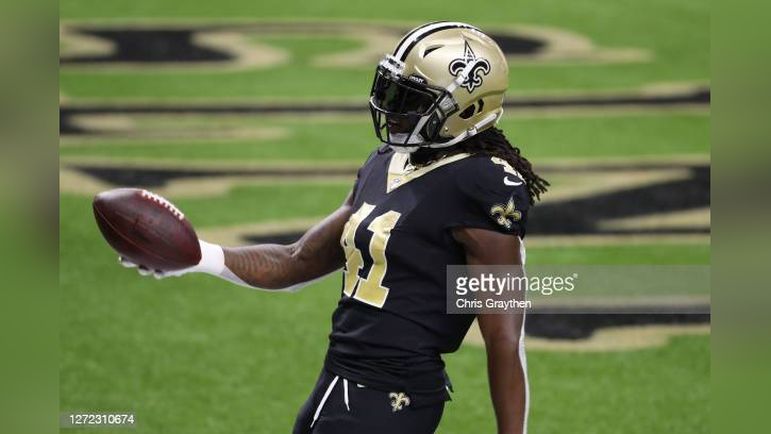 While the Steelers had their best rushing performance of the season, the Saints on the opposite sideline struggled to get anything going in this game, rushing for 29 yards on 15 attempts. All-Pro RB Alvin Kamara managed only 26 yards on eight carries while dual-threat QB Taysom Hill only got one yard on three carries in the contest.

When Mike Tomlin was asked about the pass rush, Tomlin answered saying that the defense was focused on taking players like Kamara and Hill out of the game in terms of their impact and effectiveness.

Coach Tomlin addresses the media following our win against the Saints. pic.twitter.com/eDkr1olDn2

“You know, we were more concerned about minimizing Kamara and some of the things that they did with [Taysom] Hill,” Tomlin said to the media Sunday during his post-game press conference which aired on the team’s Twitter page. “In some of the Wildcat like things, I thought we did a great job of minimizing those things and it cleared out the clutter for us to deal with the other things. The rush was sufficient, but I think anything that we did defensively today started first and foremost with working to minimize Kamara and the things that they were doing with #7 at quarterback.”

Kamara is by far the Saints best offensive playmaker, being a running back that can beat you on the ground as a runner as well as through the air as a pass catcher. Prior to last week’s Monday Night Football loss to the Baltimore Ravens, Kamara recorded four-straight games of 100+ total yards, beating teams as a runner as well as a receiver. With WR Michael Thomas being placed on IR, it was evident that Kamara was the player that the Pittsburgh defense needed to hone in on and attempt to neutralize in this game.

They managed to do just that, holding him 26 yards rushing and 19 yards receiving on 11 total touches. Given that the offensive line for the Saints has been beat up and that Andy Dalton has been shaky for most of the season regarding his play, it was easy for Pittsburgh to key on Kamara and limit his effectiveness in today’s contest.

The return of OLB T.J. Watt and S Damontae Kazee provided a big boost to the defense and the Saints gained just 203 yards of total offense. Hopefully as the defense continues to get more bodies back healthy, Pittsburgh’s defense can return to prominence as this team looks to finish strong down the stretch.