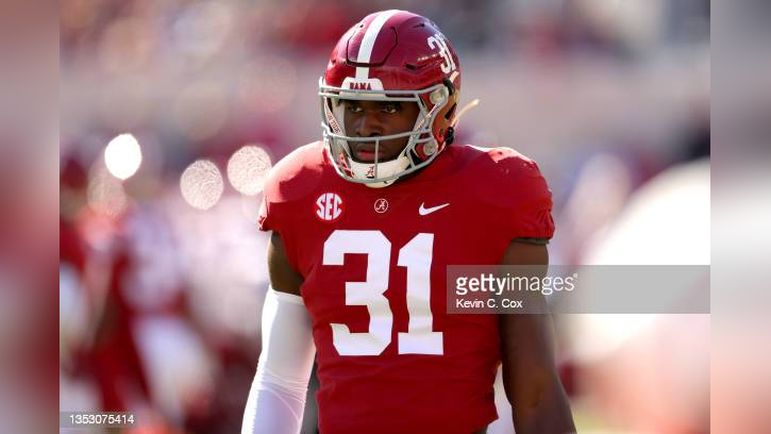 The Texas Longhorns defeated the Baylor Bears on Black Friday 38-27. RB Bijan Robinson once again shined for the Longhorns on offense, but LB #0 DeMarvion Overshown led the way on the defensive side of the football. Overshown padded the stat sheet in this one, recording 14 total stops (seven solo), a sack, and two PBUs. Overshown is a long, lengthy linebacker, standing 6’4, 224lb that looks more like a pumped-up safety than a traditional downhill thumper. He has vastly improved his play this season in terms of his consistency as well as his production, posting 95 total tackles, four sacks, and five PBUs. He will need to fill out his frame more, but Overshown fits that new-age LB mold the league is looking for.

DeMarvion Overshown gets his senior day moment leveling Blake Shapen to force a turnover on downs.

Fantastic response from the Texas defense in the 2H #HookEm | @Horns247 pic.twitter.com/HsgDJyzTby

The Huskies beat in-state rival Washington State in a barn burner 51-33 to win The Apple Cup. Washington’s offense went nuclear in this one, but with DL #3 Jeremiah Martin made a big splash on the defensive side of the football. Martin recorded three total stops, two sacks, and a forced fumble in the game, getting heavy pressure on QB Cameron Ward. The 6’4, 261lb senior currently sits at 8.5 sacks and two forced fumbles on the year, his best performance in five seasons with the team. Martin has a thick build for an edge rusher but possesses the hand usage to shed blocks and work around the arc of the pocket into the passer’s lap, making him an intriguing pass rush prospect.

The Mustangs won a close one against Memphis Saturday by a score of 34-31. The star playmaker for the SMU offense WR #11 Rashee Rice had yet again another strong performance in his breakout 2022 campaign as he caught 13 passes for 147 yards and a TD. Rice ranks near the top of college football in receiving yards with 1,355 on 96 catches in just six games played. The 6’2, 203lb senior excels in the SMU pistol offense, catching the ball in space with room to run and pick up big chucks of YAC. A likely middle round selection, Rice has posted the production to boost his draft stock and will rely on pre-draft testing to show scouts the athleticism matches the tape.

Rashee Rice tracks the football in flight among the best in the nation! He’s a baller. pic.twitter.com/k6bXwoboV6

The Fighting Illini took care of business Saturday against Northwestern, routing their Ben Ten Conference opponent 41-3. The defense swarmed the Wildcats all game and CB #31 Devon Witherspoon had a statement game to cap off the regular season on what has been a breakout campaign. Witherspoon notched four total tackles and picked off two passes in the contest, showing off the ball skills to compliment the stellar coverage he has played all season.

Illinois with its 20th team interception of the season and Devon Witherspoon’s second pick of the game on a Hail Mary as the first half ends.

Witherspoon has been one of the toughest CB matchups all season long, being a pest for opposing passing games as he has some of the best coverage metrics in college football. Now with the added ball production, Witherspoon looks to cement his status as a top 50 selection and a first-round favorite this coming spring.

The Alabama Crimson Tide dominated rival Auburn in the Iron Bowl Saturday night, winning in convincing fashion 49-27. It was a great home finale for QB Bryce Young as well as EDGE #31 Will Anderson Jr. who played a great game before likely declaring for the pros. Anderson had five total tackles and two sacks, doing a great job pressuring the QB on 21 pass rush opportunities. Anderson has entrenched himself as the #1 prospect in this draft class and the likely #1 overall pick that isn’t a QB in the upcoming 2023 Draft. His statistical performance hasn’t reached the heights it did last season, but Anderson remains one of the surest things in all of college football when it comes to pro projections.

Alabama's Will Anderson Jr. vs. Auburn