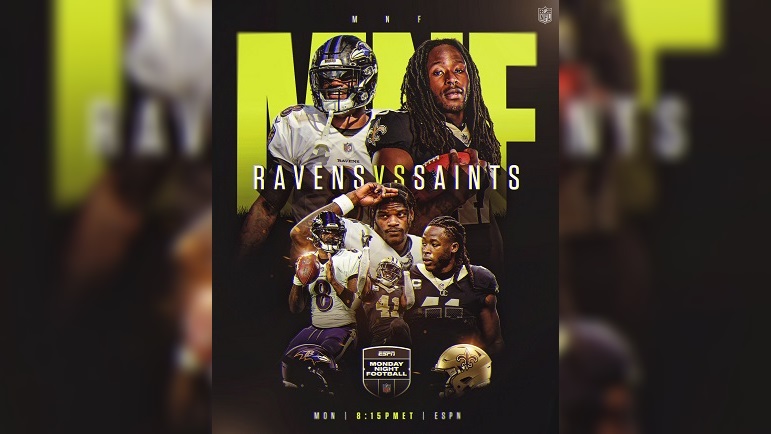 Week 9 of the 2022 NFL regular season will come to a close Monday night with the New Orleans Saints hosting the Baltimore Ravens at the Caesars Superdome.

This game features the quarterback battle of Andy Dalton versus Lamar Jackson to close out Week 9. The Saints enter this Monday night game with a 3-5 record while the Ravens enter it as a 5-3 team and leading the AFC North division.

This game has importance to fans of the Pittsburgh Steelers as not only are the Ravens playing, but the Saints as well and they are the team next up on the schedule for Pittsburgh in Week 10.

Hopefully this will be an entertaining game to close out Week 9. The Ravens are currently favored by 1.5-points ahead of the game kicking off.