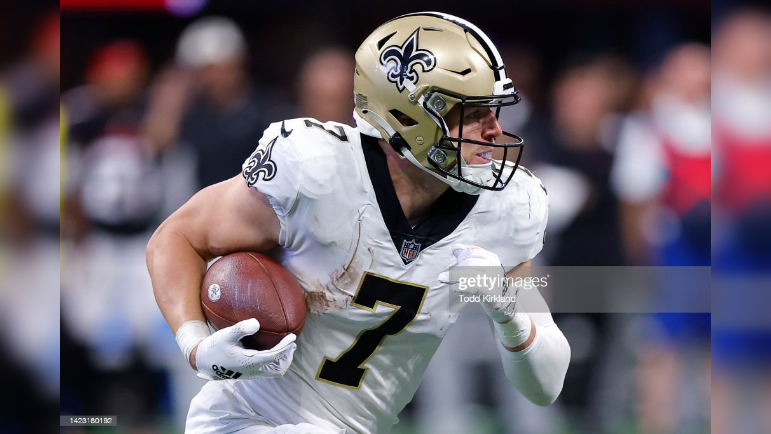 The Pittsburgh Steelers are coming off their bye and gearing up to get back into the swing of things, hoping they can get the pendulum going the other way before it cuts their throats. Sitting at 2-6, it’s getting close, but up next is the 3-6 New Orleans Saints and quarterback Andy Dalton.

But Dalton is a player with whom they are intimately familiar. A lesser-known quantity is Taysom Hill, their do-everything offensive player. They’ve only seen Hill once back in 2018, and he threw one pass which was intercepted by Sean Davis, but he’s fleshed out his career considerably since then and at least gives defensive coordinators something to think about.

“He’s a tight end, he’s a receiver, he’s a quarterback. He kind of does it all and he does well”, the Steelers’ own, Teryl Austin, told reporters yesterday via transcript regarding preparing for Hill. “He presents a lot of unique challenges when he’s on the field”.

“Basically, where’s he going to be? What’s he going to do? So, that’s really something that’s had us really working overtime”, he added, “in trying to figure that out and get our guys in the best position to defend him when he does show up on the field”.

Hill does have nine starts at quarterback in his career. He’s gone 179-for-277 passing for 2126 yards with nine touchdowns to eight interceptions. He has completed seven of nine passes this season for 101 yards and a score, that coming in week five on a 22-yard pass. His season high for a game is four pass attempts.

His main body of work, however, is as a runner, and he has 40 rushes so far this season for a very effective 343 yards. He’s scored five times on the ground as well, though he only has three receptions on the season for 16 yards, one of which did find the end zone. He has fumbled once.

There aren’t many players like Hill in today’s game whom teams ask and allow to do so many different things. In fact, there really aren’t any, not precisely. “It’s one of those things that you do the best you can with the guys you have, but you’re not really going to simulate it and the guys won’t really feel it until they see him on Sunday”, Austin admitted.

Not even a running threat at quarterback like Lamar Jackson or Josh Allen, Austin said, properly prepares you for a player like Hill in the manner in which they use him on offense. “Lamar is a full-time quarterback whereas this guy is everywhere”, Austin added. “You can’t just pigeonhole and say, ‘Okay, he’s a quarterback, he’s going to have the ball every time, here’s how we want to defend him’”.