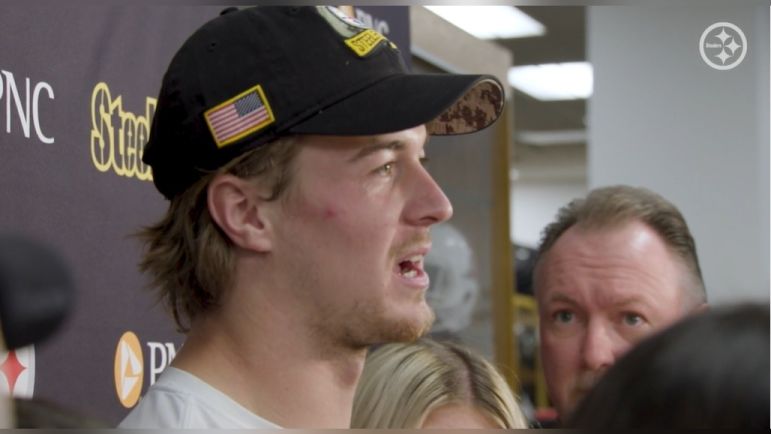 The Pittsburgh Steelers will be taking on the Indianapolis Colts and their sturdy defense on Monday night. For an offense that has not gotten much going this season, rookie quarterback Kenny Pickett knows that he must be careful with the ball and take any chance he has.

The Colts are ranked fifth in opponent yards per game, allowing only 307, and eleventh in opponent points per game at 20. The Colts defense does not allow many big plays, and with the Steelers offense only putting up 21+ points once this season they have their work cut out for them.

Pickett spoke to the media today, streamed on Steelers.com, and discussed what the Colts defense is good at and what he needs to do to lead the Steelers to victory.

“They don’t have a lot of breakdown in coverages or explosive plays, they do a good job of keeping a lid on keeping a lid on it” Pickett said. “We gotta be detailed, protect the football. I gotta make good decisions in scoring position and I think everything else will take care of itself.”

The Colts starting corners are former defensive MVP Stephon Gilmore and Kenny Moore II. Moore II has only allowed two touchdowns on the season, while Gilmore is still playing at an extremely high level allowing zero touchdowns and a 63.9 passer rating against him when targeted.

Additionally, Pickett mentioned the ability of Indianapolis to keep a lid on things. The Colts have only allowed 30 explosive passing plays, which means pass plays that go for 20 yards or more. For reference, Pittsburgh has allowed 43 in two less games. Only seven teams have allowed less explosive passing plays than the Colts, which means the Pickett and the Steelers will likely have to chip away at their defense to get points.

On the bright side for the Steelers, they have not had many explosive plays themselves so the odds of them connecting on one were not very high. In fact, they have only had 28 explosive passing plays which is bottom ten in the league.

What will be crucial for the Steelers on Monday night, is that Pickett does not turn the football over. Both teams have bad offenses, and the team who wins the turnover battle will likely come out on top. Pickett has had two games without a turnover in a row and he needs to continue that trend. If he does, the Steelers will likely pick up their third win of the season.