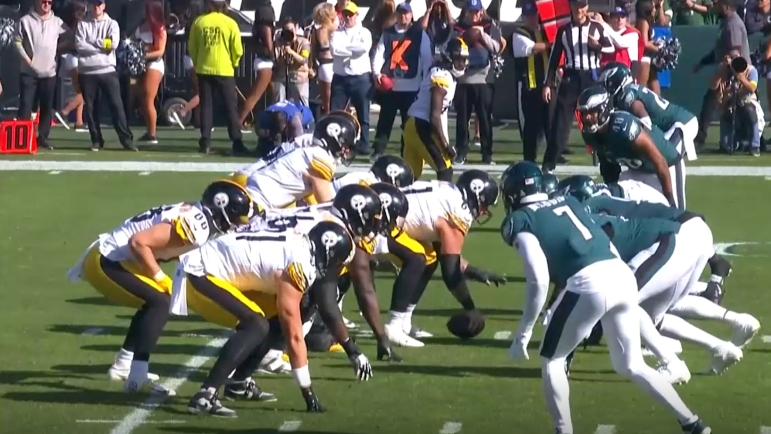 The Pittsburgh Steelers uncharacteristically made a move for the future at the trade deadline last week, sending third-year wide receiver Chase Claypool away to the Chicago Bears. They did so, presumably, only because the Bears were willing to cough up a second-round pick, and apparently, they weren’t the only ones—but they were the worst ones, meaning they would have the most valuable pick to offer.

A starting wide receiver for the past two and a half years, Claypool leaves a void in the offense one way or another, even if they still have talents like Diontae Johnson and the rookie George Pickens to finish out the season. But in speaking about their comfort level from a personnel standpoint in making the move, head coach Mike Tomlin made it clear that it wasn’t just the wide receiver position that would be called upon.

Tight end Pat Freiermuth, who was singled out by name as one of the reasons they felt good about being able to trade Claypool, echoed that sentiment in comments made to the media yesterday when asked about what the plans were to make up for his absence and if it would fall on more 12 personnel groups.

“It’s a little bit of everything I think”, he said via the team’s website. “Obviously Chase had a pretty big, decent-sized role, especially in the 11 personnel game, so we’re gonna have to obviously see what other people can do and utilize other personnel to replace that void that he left”.

The 11 personnel package—which is three wide receivers on the field with one running back and one tight end—has increasingly become the base offense for nearly every team in the league. The Steelers run it at a very high percentage. They used it 75 percent of the time last year, among the highest rates in the league, and things haven’t changed, even with quarterback Ben Roethlisberger’s absence.

But parting with a starting wide receiver can certainly move the needle. Right now, the Steelers’ number three wide receiver would be Steven Sims, who spent all of last year on the practice squad and has hardly seen the field on offense this year.

Wide receivers not named Claypool, Johnson, or Pickens have combined for all of three receptions for 10 yards on the season thus far for the Steelers. Miles Boykin has an 11-yard reception. Sims has two receptions for minus-one yard. That’s it.

In a way, the trade somewhat frees up the offense to try different things. More 12 personnel (two tight ends, two wide receivers, and a running back) is certainly likely, with Zach Gentry and Connor Heyward the beneficiaries, but we can also see more 21 personnel (two running backs).

And that could come in the form not only of fullback Derek Watt seeing increased playing time but also in finding ways to get Jaylen Warren on the field together with Najee Harris. Warren has proven to be up for anything asked of him as a rookie. Certainly, he would be more than willing to throw a block or two.