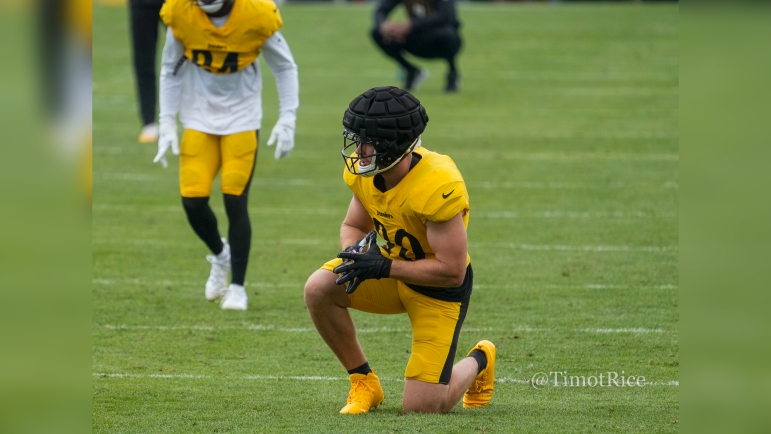 While T.J. Watt will take the field Sunday for the first time since Week One, there are some lingering questions about a potential lingering injury. If Watt, who tore his pec two months ago, is fully 100% and if he’ll be the same dominant player this season.

“He’s a great player and person,” he told the show yesterday. “What he brings to the game, it’s definitely unmatched. There’s really nothing to say about T.J.”

Watt will instantly boost the Steelers’ pass rush and by extension, the rest of the defense. Pittsburgh has only one more sack (eight) in the seven games this season without him as they had in the Week One opener with him. Without Watt this season, the Steelers cratered to 1-6. In fact, Watt is still tied third on the team with one sack this year.

T.J. Watt will play Sunday against the Saints, his first game since Week One.

Crazy enough, he's still tied third on the team with one sack.

But Watt isn’t the only player returning. Veteran safety Damontae Kazee will also take the field for his Steelers’ debut after breaking his arm during the preseason. And Adams says he looks good to go, too.

“Kazee, man, he’s a ballhawk. I’m just glad he’s back. Shoot, he’s been looking like that left a couple months ago.”

An energy-bringer and tone-setter with his physical play, Kazee has battled injuries over the last two years, tearing his Achilles in 2020 before suffering the arm injury with Pittsburgh this summer. If there’s anyone excited about playing in this game, it’s him. He had a strong summer and impressed and would’ve comfortably made the Week One roster had he not gotten injured.

Kazee will be wearing a different number than the preseason when he shared #24 with RB Benny Snell. Kazee now has Joe Haden’s old #23. He’s expected to mix into three-safety packages that could be especially useful against Saints’ offensive weapon Taysom Hill, who does a little bit of everything for their offense (40 rushes, nine passes, three receptions).

Having both players back are key reinforcements to the Steelers’ defense. Of course, Watt’s return is much bigger and him and Kazee should create a different feel for this unit starting Sunday. Hopefully better results follow, too.