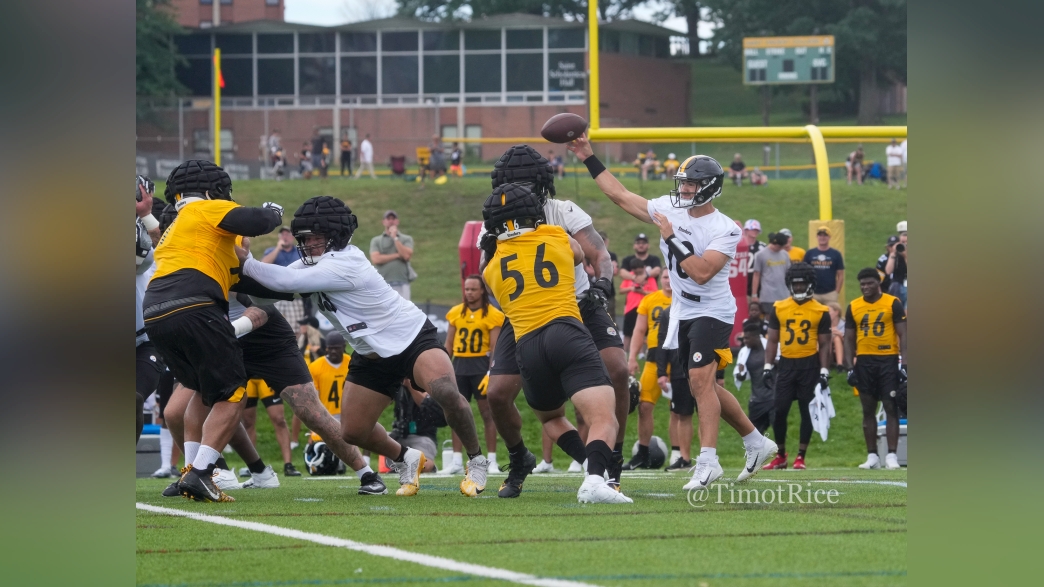 Anybody who hoped that the insertion of a rookie first-round pick at quarterback was magically going to cure all that ails the Pittsburgh Steelers defense was in for a rude awakening when the team finally decided to play Kenny Pickett. The team has only won one game since he took over, and he didn’t even finish that game.

Granted, they only won one before that as well, and that win can nearly entirely be attributed to a defense that still had T.J. Watt. But whether it’s Pickett or Mitch Trubisky, the issues outside of the quarterback position have persisted.

“You are seeing the same thing when I was in there”, Trubisky told reporters earlier this week, via Jeff Hathhorn of 93.7 The Fan. “We got to get back to the fundamentals, eliminating penalties. Everybody being on the same page, 11 guys playing as one. Find ways to score and get some points”.

There are a lot of moving parts that are still learning how to work together, truth be told, yet it’s hard to accept that as justification for some of the issues, including pre-snap and procedural penalties, that have helped keep down what is already a pretty limited offense.

“To me it all starts in practice. We have to practice harder”, Trubisky said. “We got to be more detailed. We have to be locked into the walk-throughs. We got to really get back to the fundamentals of the game-blocking, catching, running, throwing. Once we are good fundamentally we can continue to expand”.

Senior defensive assistant Brian Flores did tell reporters this week that the team has been working on fundamentals and things of that nature heading into their bye. It is common for teams to revisit fundamentals at some point during the regular season, particularly when they are struggling, so this should not be perceived as overly concerning, yet it does feel particularly necessary now.

Of course, it all comes down to how they respond coming out of the bye week. Sitting at 2-6, and sometimes not even looking competitive, how do they step up to the challenge? The defense should be stronger with T.J. Watt returning and with the addition of cornerback William Jackson III, but beyond that, how does the offense respond to a rough first half in which by the most important metric—points scored—they were the worst in the league?