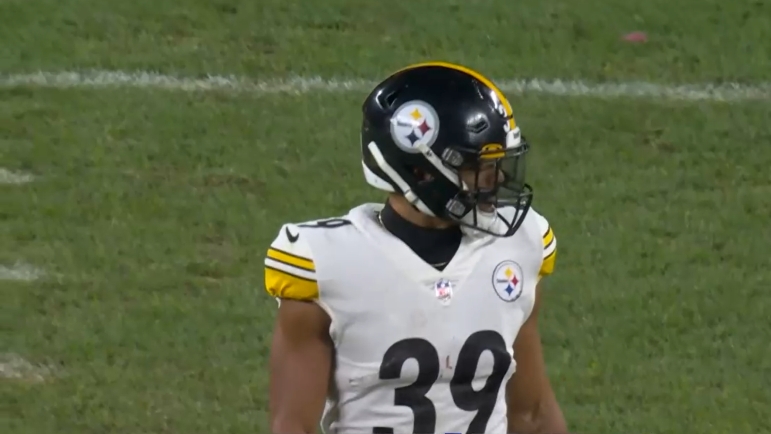 In a year where not many things have gone to plan for the Pittsburgh Steelers, there has been one extremely bright spot on their defense. FS Minkah Fitzpatrick has been healthy all season other than his recent appendectomy and has certainly made his presence felt when on the field. Not only do opposing coaches acknowledge his status as one of the best, but recently the common fan has confirmed that as well.

Fitzpatrick currently leads the AFC in Pro-Bowl votes for the free safety position, totaling just over 56,000 votes, an impressive feat for the former All-Pro.

For most, this should come as no surprise. Fitzpatrick has been a dominant force all season in the pass game and run defense, a skill that has separated himself from his competitors in recent years. This season came out to a hot start from Fitzpatrick against the Cincinnati Bengals, when he recorded an interception for a touchdown, 14 combined tackles, one pass breakup, and a blocked extra point which forced an overtime period, resulting in a win for Pittsburgh. In addition to the early heroics, Fitzpatrick has remained solid all season, and been the backbone that Pittsburgh has needed during a year of inconsistency almost everywhere else. Thus far, Fitzpatrick has recorded three interceptions, seven pass breakups, and 48 combined tackles in eight games.

This resurgence of Fitzpatrick has been a welcoming sight for Steelers fans, as last year was potentially his least promising campaign as a professional. Coming on the heels of a First Team All-Pro season in 2020, Fitzpatrick lacked the playmaking and star-caliber defense in 2021 that we saw from him earlier in his Pittsburgh career. Nonetheless, the Steelers still offered him a four-year deal worth a whopping $73.6 million, making him the highest paid player at his position in NFL history. Pittsburgh in turn has received top-notch play from Fitzpatrick this year, cementing himself as a betting favorite to be elected to his third Pro Bowl.