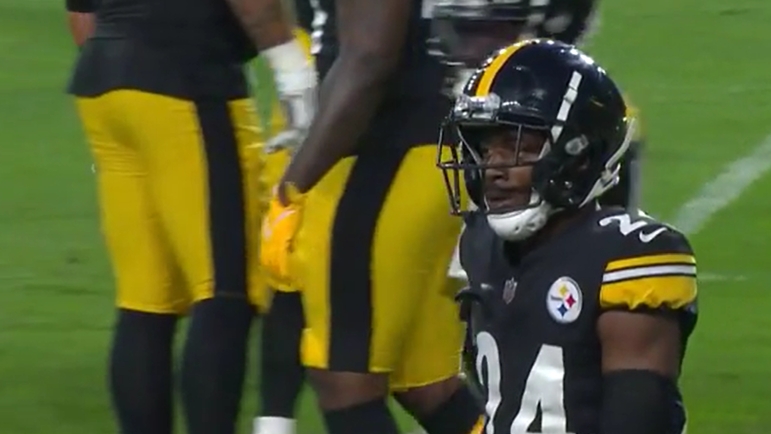 There is excitement around the Pittsburgh Steelers lately with the imminent return of star pass rusher T.J. Watt, even if substantially muted due to the poor state of the team as a whole. But he is not the only defender making his presumptive return this week who is hoped to provide a boost to the flagging unit.

Veteran safety Damontae Kazee confirmed to reporters yesterday that he expects to be activated from the Reserve/Injured List this week, on which he has spent the entire season up to this point after fracturing his arm during the preseason. Free safety Minkah Fitzpatrick is as excited about it as any, believing it will help create less predictability for opposing offenses to diagnose.

“It allows us to be versatile in the secondary. With me and [Terrell Edmunds] out there, I feel like offenses get a beat on where we are, where we’re lined up, what we’re doing”, he admitted, via the team’s website. “When Kazee’s out there, it adds a third guy who can also move around, be anything in the secondary, so it does give them a more difficult read”.

Now, you generally don’t want to hear your starting free safety saying something like your defense is too easy to read, but then again, players will always be inclined to talk about ways to disguise things more and cause more confusion.

The Steelers rightfully believe that Kazee can help them do that. He is a very experienced starting safety who is also capable of playing in the slot, and they already experimented with three-safety packages including himself, Fitzpatrick, and Edmunds during training camp and the preseason.

They were able to land him on a veteran-minimum contract this offseason shortly after the draft, no doubt in large part due to the fact that he had a DWI arrest last season during the bye week when he was with the Dallas Cowboys.

The Steelers were willing to forgive him that, chalking it up to a one-time mistake, and have given him the opportunity to re-establish himself in NFL circles. The arm injury significantly set him back, but as he himself told reporters, he expects to hit the ground running at full speed once he finally makes his debut.

And suffice it to say that this is a team that can use all the help it can get. The offense hasn’t gotten any better in the interim—indeed, they traded away one of their starting wide receivers—but the defense should definitely see improved play with Watt and Kazee being worked into the mix.