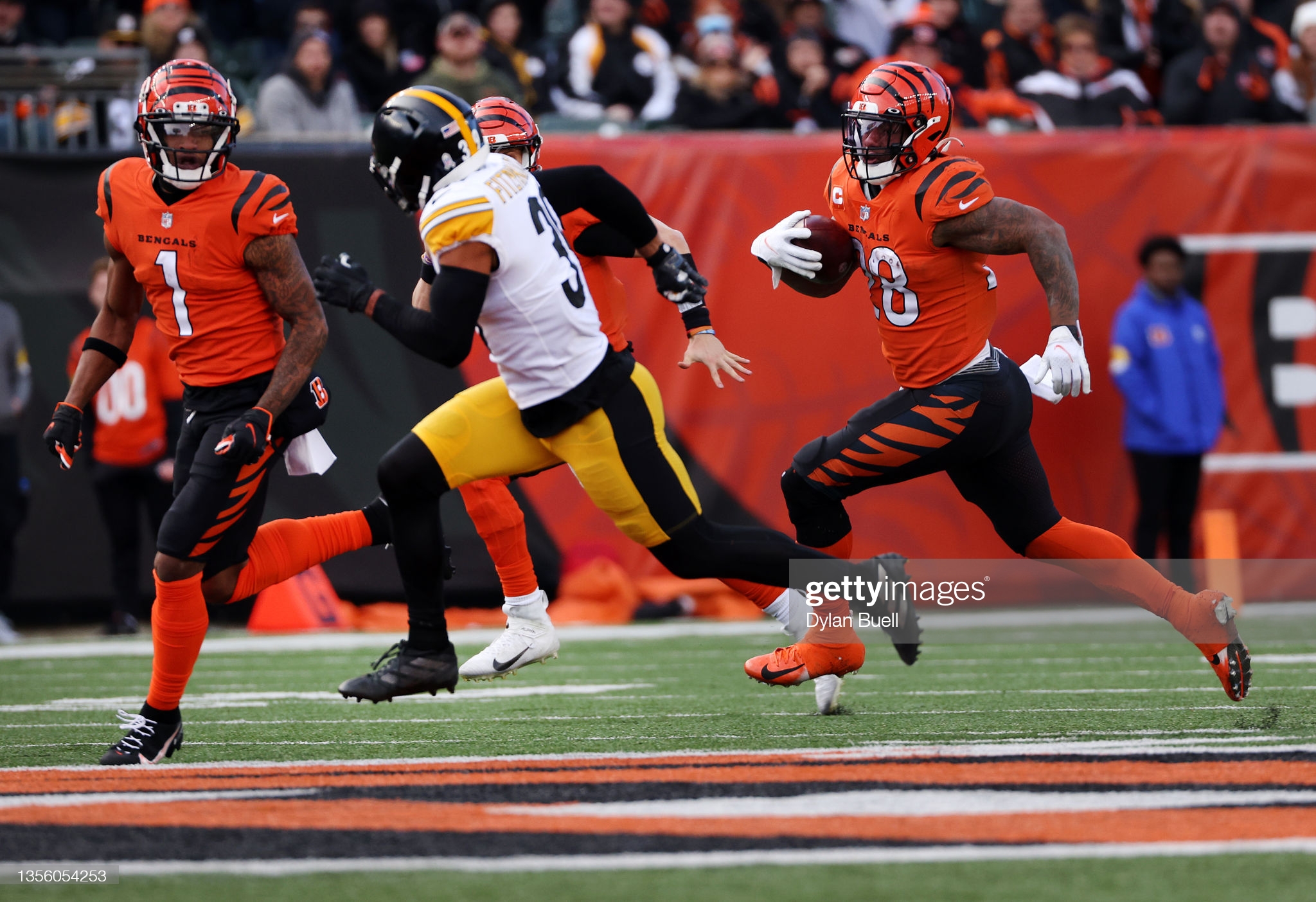 Pittsburgh Steelers HC Mike Tomlin spoke to Bob Pompeani prior to Pittsburgh’s Week 11 matchup with the Cincinnati Bengals to give his keys to the game against their division rival Sunday afternoon in Pittsburgh.

When asked by Pompeani about the running game in this matchup and how Pittsburgh looks to establish themselves on the ground against a stingy Bengals defensive front, Tomlin stated that it’s not so much running for 200+ yards like they did last week against the Saints, but more about outperforming their competition in that facet of the game.

“The feel is how the game unfolds,” Tomlin responded to Pompeani on video from the team’s YouTube channel. “It helps us if our guys outrush their guys, and so, I always look at it from that relative perspective. If it’s tough sledding for us, it better be tough sledding for them. We better do relatively well in that phase and that’s why I talk the way that I talk. Najee’s got to outperform Joe Mixon. And so, whatever that entails because we got to defend and run the ball relatively well in this game to control that component of it.”

Tomlin set up Sunday’s contest like a boxing match between the two workhorse backs that will be looking to outplay on another on the football field. This wouldn’t be the first time that Najee Harris and Joe Mixon have had to try and outplay one another as the two have faced off against each other already this season and twice last season with Mixon outplaying Harris by a wide margin in those three contests.

However, Harris and Mixon had met up before back in high school. Harris was a freshman and Mixon was a senior as the two battled each other back then on the gridiron to see who could outproduce the other on the ground while also attempting to stop the other on defense as both runners played both offense and defense for their respective teams. Harris outproduced Mixon in their matchup back in 2013, putting himself on the map as a college prospect after outperforming the #1 RB in the nation.

Both from the Bay Area, Najee Harris has known Bengals RB Joe Mixon since he was a freshman in high school.

“I played against him in high school and I hit him. Nah, I didn’t hit him, I’m just playing.

“(I) played D-line. Ain’t that crazy? Nah, I was at outside linebacker.” pic.twitter.com/uD5fx2NNFC

We are nearly ten years removed from that clash on Friday night, but the connection remains between Joe Mixon and Najee Harris. The two have a good relationship based on Harris’ previous comments on Mixon and both runners want to outplay each other to be considered the better back and help their team achieve victory. Mixon is coming off a monstrous performance against the Panthers prior to their bye, but He was held in-check by Pittsburgh in their first matchup of the season. Pittsburgh’s run defense looked stout against the Saints last week, suggesting that Mixon could have another tough day at the offense should the Steelers keep this trend going.

Najee Harris also had his best performance of the season in his most recent outing, albeit not to the same level as Mixon’s 200+ total yard, five total TD performance. With WR Ja’Marr Chase out for the Bengals, if Najee Harris does outproduce Mixon come Sunday, Tomlin’s statement will likely hold true as the Steelers look to sweep the Bengals in the division this season.