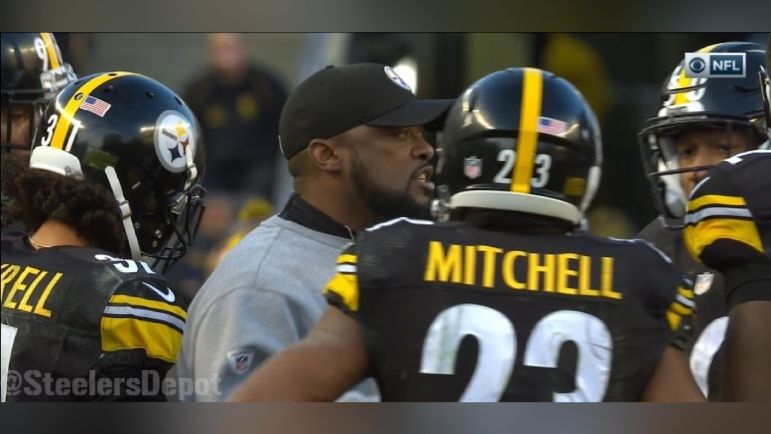 However, one mainstay on defense who perhaps embodied classic “Steelers Football” more than anyone else, was FS Mike Mitchell. After his tenure with Pittsburgh was finished, he played for the Indianapolis Colts for one year then retired. Interestingly enough, Mitchell is undergoing his first year on the coaching side of football, also for the Colts, as an assistant defensive backs coach. Earlier today, head coach Mike Tomlin spoke about his relationship with Mitchell as he anticipates their first matchup while both are on the sideline for Monday night.

“I wouldn’t describe Mike as an experienced guy, but I love Mike,” joked Tomlin via The Mike Tomlin Show on the Pittsburgh Steelers’ YouTube channel. “We communicate quite often…I get texts from Mike just about every week.”

During his time with the Steelers, Mitchell started an impressive 61 out of 64 regular season games. Right away he cemented himself as a hard-hitting, aggressive safety who set the tone on the back end. At the time, the secondary was extremely weak and inconsistent, so his experience and leadership were key to keeping the group afloat amidst often mediocre play from the defense as a whole. He finished his four-year run in Pittsburgh with four interceptions, 23 pass deflections, four forced fumbles, and 281 combined tackles. He also started in six playoff games during that stretch, including a conference championship loss against the New England Patriots, who eventually won the Super Bowl that year.

“It’s cool to be a part of someone’s coaching journey and [see] them fall in love with the game again from another perspective,” explained Tomlin. “He is absolutely loving his coaching journey.”

One recent critique of Tomlin has been his inability to create a coaching tree where other teams are eager to recruit Tomlin’s staff. During his tenure, his assistants have mostly been internal promotions and members of the staff typically don’t get hired away to coach somewhere else, creating concern that Pittsburgh doesn’t have a very talented coaching staff. Perhaps, this recent coaching hire of Mitchell will be a very small step in the right direction, even though he only played under Tomlin, and did not coach.