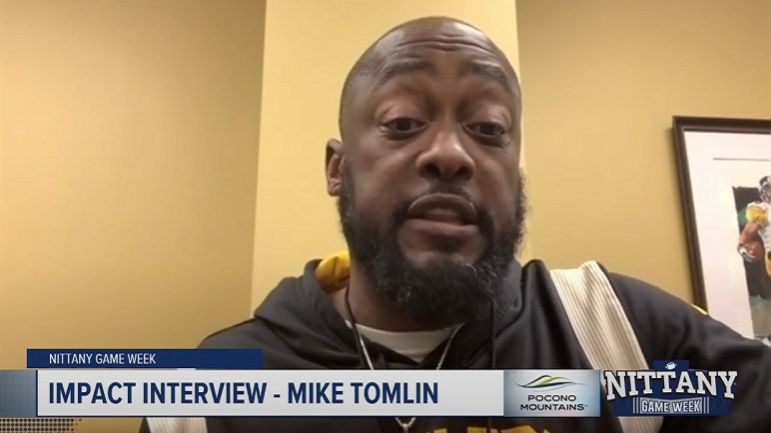 Anybody who follows football enough and knows anything about Pittsburgh Steelers head coach Mike Tomlin’s background surely knows that he played wide receiver during high school and most notably his career at William & Mary. Yet, he built his reputation upon the strength of his NFL resume as a defensive mind. So how did that happen?

He recently talked about this a bit on Nittany Game Week, explaining that he believes it made him a more complete coach to experience both sides of the ball, although as I’ll get into later, it’s not the only reason.

“I was uncomfortable about the switch, but I quickly realized that it gave me a 360-degree perspective on the game”, he said, “and the growth associated with coaching on the opposite side of the ball on which I played really was one of the reasons why I think I matured and developed, particularly at the early stages of my coaching career. I was always uncomfortable, and I think to be uncomfortable is a nice platform for growth and development”.

It’s generally a good idea for a head coach to have a well-rounded understanding of the game given the nature of the role. Most who advance to that position do tend to come from one side of the ball or another, with offensive minds more recently holding prominence, though both paths remain open.

Truth be told, Tomlin has told a different story in the recent past about how he wound up coaching defensive backs after playing collegiately at wide receiver and beginning his coaching journey working with that position.

Unfortunately, I can’t find the article at the moment, but I recall specifically that Tomlin once told a story about how he was advised early in his coaching career that the paths for advancement in the coaching profession for African-American coaches were on the defensive side of the ball at that time. And that was at least a contributing factor in his shift.

Regardless of the reason, it ended up working in his favor, because he was successful in working his way up the hierarchy. Three years after his first defensive position in at the college level, he was hired to be the defensive backs coach for Tony Dungy’s Tampa Bay Buccaneers, a post he held for five seasons.

He held that role only until he earned a defensive coordinator job with the Minnesota Vikings. And it was only a year later that he got hired by the Steelers in 2007 to be the successor to Bill Cowher as head coach.

At this point in his career, and admittedly fueled by a lack of success (and some terrible defensive performances) in the postseason, it’s almost been forgotten that Tomlin spent most of his formative years in the game as an offensive player and coach.

Considering his team has one of the very worst offenses in all of football, I’m not sure that means much at the moment. Maybe he should be taking over the play-calling on that side of the ball instead of the defense. It can hardly get much worse.