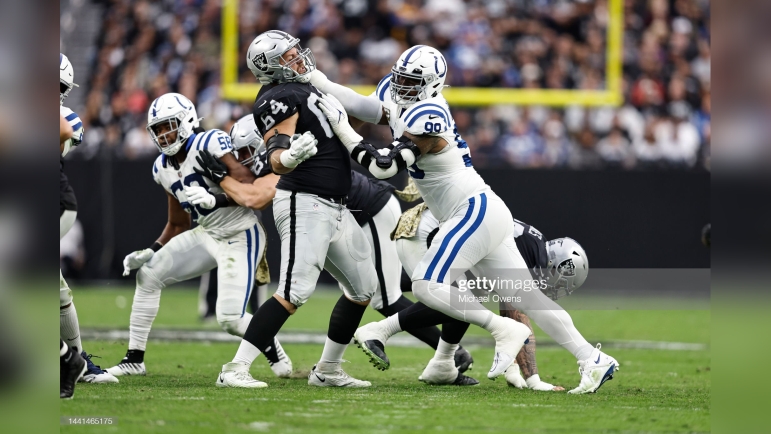 I posed the question earlier today whether or not Pittsburgh Steelers running back Najee Harris could record his first 100-yard rushing game of the season next week. If he does, it will have to be achieved despite the resistance of a stout Indianapolis Colts defensive front.

Head coach Mike Tomlin is acutely aware of what awaits his offensive line in the trenches, which, even if on a general upswing, still comes far short of where the Steelers would like their protectors in the middle of the offense to be.

“The four-man front is going to provide the catalyst for their ball. It’s always been the case,” Tomlin said during his press conference yesterday, via transcript. “They’ve got quality people upfront; Kwity Paye and Yannick [Ngakoue] are guys that we’ve got to deal with.”

“Can’t say enough about [DeForest] Buckner,” he added. “He’s just dangerous, man. He’s long, he’s tough to deal with inside, he’s highly aware. Those guys provide the wave that the other guys ride. If we want to have a good day, we can’t allow those guys to dominate the game. We’ve got to stay on schedule in an effort to maybe minimize their ability to dominate the game.”

Paye was actually injured two weeks ago against the Las Vegas Raiders and missed the last game. Colts head coach Jeff Saturday has not spoken yet this week, but we should find out soon about the prospects of his returning to the lineup. He did not practice at all last week.

Grover Stewart is their other starter upfront, a sixth-year veteran who has increasingly grown into a consistent starter, even if not a headline-grabber. He already has a career-high 53 tackles this season, including eight for loss, even with three sacks sprinkled in for good measure.

It’s all to the aid of a group of largely unheralded linebackers, including the NFL’s leading tackle, Zaire Franklin. Like Stewart an under-the-radar homegrown talent, he has come into his own this season as a full-time starter.

“We can’t allow their bigs to be dominant and impact the game in the ways that they would desire for them to,” Tomlin insisted, citing his history playing against defensive coordinator Gus Bradley in other cities.

“I think back to some of the times that we’ve been in stadium with Coach Bradley before and that’s kind of always been the agenda. Maxx Crosby in Vegas, [Joey] Bosa in that group out there when he was with the Chargers and then Calais Campbell in the collection of rushes that they had when he was down in Jacksonville. That’s reflective of the type of ball they desire to play.”

The Steelers have desired to build a strong running game this season. We have perhaps seen the germination of those seeds in recent weeks, but in order to keep it going, they are going to have to survive the storm of the Colts’ defensive front, and do so on the road after playing at home two games in a row.