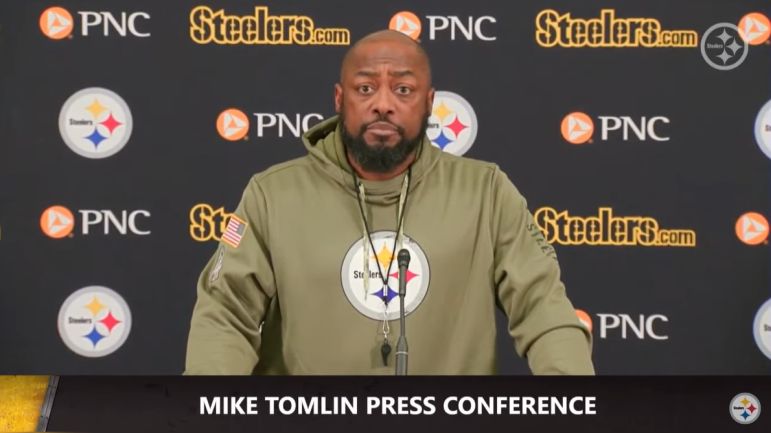 When you see a team twice a year, there often isn’t much to hide. So while Cincinnati Bengals’ linebacker Germaine Pratt’s comments about the Pittsburgh Steelers being a predictable team raised questions with fans and media, Mike Tomlin isn’t making much out of it. Speaking to reporters Tuesday, Tomlin addressed Pratt’s comments.

“That’s what they say when they’re having success and they don’t say it when they’re not,” he said via the team’s YouTube channel. “And so I don’t worry much about that.”

Following their 37-30 win over the Steelers, Pratt told reporters the Steelers’ offense was easy to figure out. Here’s what he said after the game.

“We knew what they were going to do. They like to do the same plays over and over”.

Pratt at least showed that on one snap, tackling Steven Sims for a loss on a failed jet run. Jet motion and runs have been one of the Steelers most repeated concepts and has inevitably gotten the team into trouble. Despite Sims having a larger role following Chase Claypool’s trade, in the two games since, he’s had three carries for -1 yards and just one reception on four targets.

Tomlin said the Steelers also knew what the Bengals were going to do and when two teams are that familiar with one another, it comes down to who executes the play better.

“There were some repeat concepts but Cincinnati was in some repeat concepts. That’s football. When it’s good on good, particularly in the latter part of the season, there’s very little secrets…so then it comes down to execution and that’s where I like to keep our focus. We gotta execute better.”

Putting the Steelers’ offense in that “good” category sure feels like a stretch. To their credit and to Tomlin’s point, Pittsburgh did register a season-high 30 points against Cincinnati. Their offense wasn’t completely shut down the way Pratt’s comments may make them out to be and Pittsburgh put together one of their best halves of football over the first two quarters. But the second half was a mess and the team did have far more negative plays. In the first half, they had just one play that lost yards. In the second half, they had four of them.

Though Tomlin has a point about the familiar nature of a Steelers/Bengals matchup, especially for a guy like Pratt who has been with the team for several years, it’s also accurate to say the Steelers offense is awfully repeatable. Some of that has to do with a rookie quarterback and young and new offense while some of that falls on the warts of OC Matt Canada, who has made things overly simple at times (and we’ve been sure to highlight it).

Tomlin may not worry much about Pratt’s comments but he has to worry about a 28th-ranked offense averaging 17 points per game, more than a point less than they scored in 2019, a team led by Mason Rudolph and Duck Hodges and a host of offensive injuries. That’s the real cause for concern and the biggest reason why Pittsburgh sits at 3-7, their season effectively over before Thanksgiving.