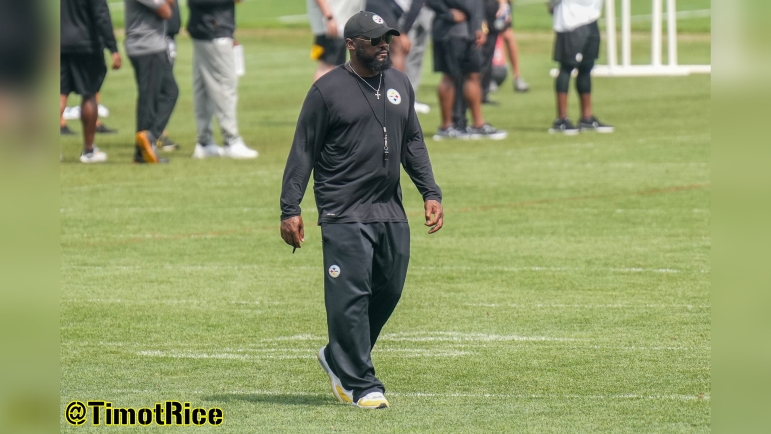 Mike Tomlin doesn’t want to play the blame game. And he made that abundantly clear in his Sunday conversation with Steelers.com’s Bob Labriola. In their weekly interview, Tomlin was asked about how he decides to make changes and how he handles media questions over whether he will or should, as he was peppered with earlier in the season during the team’s lowest point. Ultimately, little has changed with the Steelers, coaching staff or player personnel, and Tomlin was adamant he doesn’t want to change just to appeal the masses.

“When they’re asking about change, that’s an angry mob that wants a hanging,” Tomlin told Labriola. “They want some pounds of flesh. And I understand that. But my mentality is change for the purposes of getting better, not to feed the angry mob.”

It was hard to be anything but angry over the Steelers’ start to the season. After an upset win in Week One over the Cincinnati Bengals, the Steelers dropped their next four games, finished off by a humiliating blowout loss to the Buffalo Bills, 38-3. While Tomlin initially didn’t rule out making changes, and perhaps this team made tweaks, he never made any drastic moves. Most notably, OC Matt Canada remains on-staff, despite Pittsburgh still having the 31st-ranked offense in the league. During the team’s bye week, Tomlin said he had no plans to making changes to coordinators or coaches, much to the chagrin of the fanbase.

Largely, Tomlin has been complimentary of Canada and told Labriola he’s not looking to pass the buck off on anyone else.

“Shooting a hostage, assigning blame, that’s less than professional, that’s weak-minded, that’s not where we are.”

In the interview, Tomlin reiterated the point he’s made before that he’s open to change when it tangibly helps the team win. Despite a difficult season, he has tried to steer a steady ship as this team works through its share of problems. Week 10’s win over the New Orleans Saints helped calm those seas, at least for a little while, and a win later today against the Cincinnati Bengals would kickstart postseason hopes, even if Pittsburgh would have a long road to go.

Though far from perfect, Tomlin has always been a leader and allowed the blame to fall on him. In this new chapter, one without QB Ben Roethlisberger or GM Kevin Colbert, Tomlin is the face of this Steelers’ team. The uniting force between the old chapter, the mid-2000s to 2021 to this new chapter, the Kenny Pickett era and whatever lies beyond. Tomlin is the constant but all that matters is the standard remains the same. In fact, without a playoff win since 2016, the standard needs to be raised. If not, this team will need to undergo substantial change.