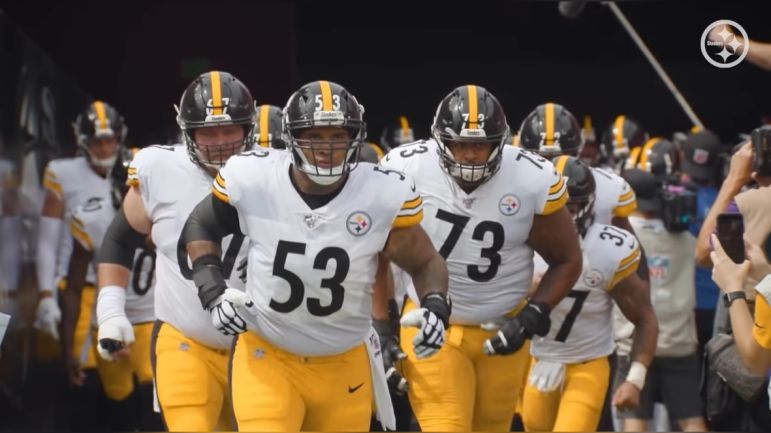 Despite a close friendship with Ben Roethlisberger and enough talent to still play football, Maurkice Pouncey decided to hang up his cleats and move on with life’s work after the 2020 season. Since, Pouncey has largely stayed out of the spotlight, living in Florida, and enjoying his post-retirement life. But he made a media appearance on the most recent episode of The Pivot, hosted by Ryan Clark, Fred Taylor, and Channing Crowder and explained what led him to retire instead of coming back with Roethlisberger for one more season.

In short, Pouncey walked away to spend more time with his kids.

“All I’m thinking at the end of the [Browns Wild Card loss] is my kids in my head,” Pouncey said. “Like, damn. I had text my daughter before that game and she just wanted me to make some of the school [events] a little bit more. Once that kinda like played out like that, I was just like, man, ‘the hell I’m still playing football for?”

Pouncey had an excellent career, becoming the next in a long line of legendary Steelers’ centers. Drafted in the 1st round of the 2010 NFL Draft, Pouncey became a plug ‘n play starter for the next decade, only slowed by injuries, but still making nine Pro Bowls and two All-Pro teams.

The final shot of Pouncey’s career is a well-remembered one. After losing to the Browns at home, he and QB Ben Roethlisberger sat together on the Steelers’ bench, sharing a couple final moments together as teammates as Roethlisberger said he only came back to play with Pouncey. Pouncey went on to say Roethlisberger attempted to convince Pouncey to play one more year, ostensibly so both could retire after the 2021 season.

“Ben was like, ‘man, Pounce, we could do this shit again. Fight back. The fans will be here next year.”

That’s referring to the pandemic season the Steelers played in with most of their home games played with zero fans or at most, a couple thousand. Pouncey retired and Roethlisberger returned for one final season. While Pouncey could’ve stuck it out another year, he decided to put family first.

“My oldest lives in Texas and whenever that played out, she’s 11 now, ‘I’m like man, what the hell? I got all this money, all this success and my kid worrying about me making an event or something like that.”

It’s impossible to blame Pouncey for his decision. He had a fantastic career, overcoming an incredibly serious knee injury and infection to rebound and still be a great player in the middle. The only football question left is if he can make a final stop in Canton, Ohio for the Pro Football Hall of Fame. Those odds probably sit under 50% but there’s a chance and a path. At the least, he’ll eventually be inducted into the Steelers’ Hall of Honor and be remembered by Pittsburgh forever.

Check out the full episode of The Pivot with the Pouncey twins below.