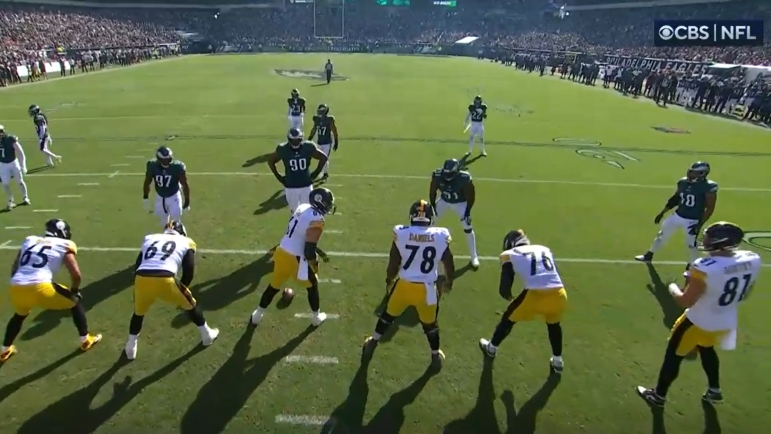 The Pittsburgh Steelers are looking for a reset coming out of their bye after dropping six of their past seven games and sinking to the bottom of the pool in the AFC playoff race. While many fans would rather see the team tank at this point and maximize their draft capital next year, those in the locker room and on the coaching staff are not about to do that.

Indeed, center Mason Cole finds himself optimistic about the improvements that he sees coming out of the bye, both schematically and in the overall tone of the locker room. It’s a subject that he discussed earlier tonight with Aditi Kinkhabwala on 93.7 The Fan.

“I think we made some corrections. I think the bye week was good for us, and I think coming into this week, there was new energy, revitalized energy”, he said during the interview. “I think we’re playing with confidence. We were going through such a lull in our offense that was kind of maybe sucked out of us, and I feel like our bye week was good for us. It brought us back to life”.

While he naturally wouldn’t get into detail, he did talk about how there were schematic things they have been working on and mentioned how much time they spent in the building last week, which isn’t customary for teams going into their bye when they’re having any level of success.

It’s easy to want to be better when you’re scoring under 15 points per game as an offense and are among the league’s worst and least efficient in nearly every category. While their drive lengths have improved under Kenny Pickett, their scoring has not, sadly, and their 1.27 points scored per drive ranks dead last, 32nd, in the NFL.

Necessary improvement under center from Pickett will be the single biggest factor in determining how the second half of this season goes. While he has put out a lot of good tape, his mistakes have been costly—and to the credit of defenses, they have been great at capitalizing on them.

But we can’t ignore the importance of Cole’s unit, which after showing some strides, has regressed heading into the bye week. Cole himself has struggled more in recent weeks, but he has also been playing through injury. One would hope that the bye week was helpful in that regard.

With a reshuffling at wide receiver following the Chase Claypool trade and the possible further incorporation of running back Jaylen Warren and H-back Connor Heyward, we may see some changes on offense in the back nine. Will they lead to more points, though? We’ll see on Sunday.