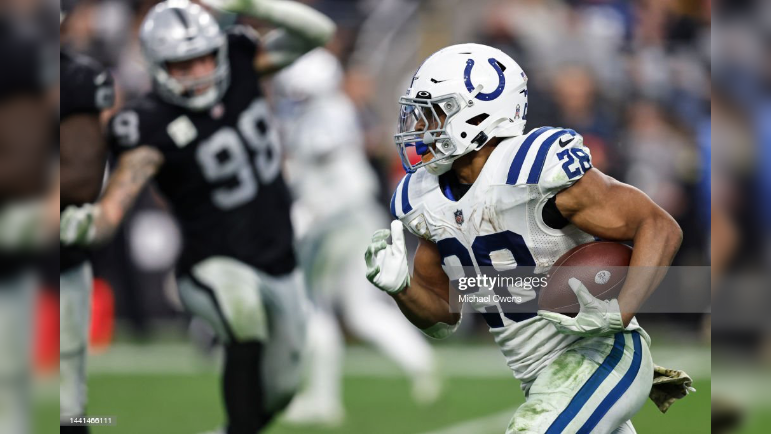 A key emphasis each and every week from the Pittsburgh Steelers focuses on stopping the run defensively, forcing opposing offenses to become one-dimensional, which plays right into the terrific pass rush that the Steelers possess defensively.

That emphasis of stopping the run will be as important as its ever been all season long for the 3-7 Steelers on Monday Night Football against the Indianapolis Colts and star running back Jonathan Taylor.

Though Taylor has had an up-and-down year — much like the Colts in general, he remains one of the game’s biggest threats at running back, especially coming off of the MVP-caliber season he put up in 2021, rushing for 1,811 yards and 18 touchdowns on 332 carries. Taylor added another 40 receptions for 360 yards and two scores last season.

The numbers haven’t quite been there this season for Taylor, who sits at 693 rushing yards and three touchdowns on 151 carries. That said, he’s showing signs of getting going in recent weeks, having rushed for 147 yards and a score in a win over the Raiders, and then 84 yards and a score in a last-second lost to the Eagles in Week 11.

Jonathan Taylor is a playmaker.

Hear from the man himself on his 66-yard touchdown run in Vegas. pic.twitter.com/godRPfonMk

Now, in primetime, the emphasis on stopping Taylor will be even greater, considering the damage the star running back does under the bright lights, which happens to be at a historic pace, according to the Elias Sports Bureau.

“In six prime-time games, Taylor has averaged 103.7 rushing yards per game, which includes 100-yard rushing outings in each of his past four games under the lights,” ESPN writes regarding the numbers from ESB. “Since the Super Bowl era began, the only players to average more rushing yards in prime-time games are O.J. Simpson and Barry Sanders, according to Elias Sports Bureau research.”

That’s some incredible company to be in for Taylor just three seasons into his career.

In all four primetime games last season in which Taylor eclipsed 100 yards, the Colts won all four games by an average score of 31-20. Therefore, slowing down Taylor has to become a significant point of emphasis for the Steelers in Week 12 on Monday Night Football.

Fortunately for the Steelers, the defensive front is fully healthy once again with the return of T.J. Watt after the Week 9 bye week, and the return of Myles Jack to the lineup after missing the Week 10 matchup against the Saints with a knee injury.

On the year, the Steelers defense is seventh against the run, allowing just 103.4 yards per game on the season, a great improvement from last season’s struggles against the run. Previous Colts opponents including the Tennessee Titans and Washington Commanders rank inside the top 10 against the run as well and had great success against the Colts in matchup this season.

The Titans held the Colts to just 65 yards in a a Week 7 win. The Commanders allowed 135 yards on the ground to the Colts in a Week 8 win, but limited Taylor to just 76 yards on the day.

That will have to be the key to success Monday night for the Steelers and head coach Mike Tomlin, who stated he believes interim head coach Jeff Saturday — a former Pro Bowl center for Peyton Manning and the Colts of that era — will emphasis the run game for the Colts in the matchup.

Monday night’s game has all the makings of an old-school, knockdown, drag-out matchup. The Steelers will have to ensure they’re the ones that win in the trenches consistently, slowing down Taylor and dictating the way the game goes from start to finish. If not, it could be a long night for the black and gold.