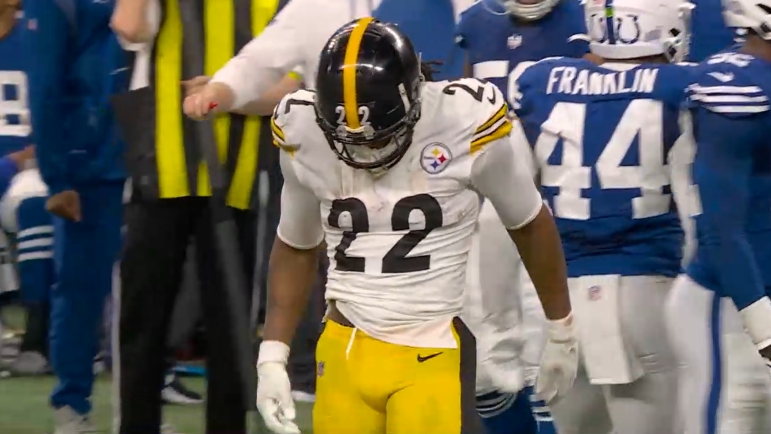 Twelve hours after beating the Indianapolis Colts, Mike Tomlin didn’t have much of an injury update during his weekly Tuesday press conference. Speaking to reporters, he offered a non-update on Najee Harris while rattled off a list of bumps and bruises. Players he mentioned include:

“Just not enough time since we landed and getting that looked at,” Tomlin said of Harris. “But as always, his participation in practice and the quality of that participation will be our guide in terms of developing a role for him and what that might look like.”

Harris aside, Tomlin said the rest of the group could be limited early in the week but aren’t expected to miss Sunday’s game against the Atlanta Falcons. Tomlin didn’t specify the injuries the others were dealing with though Fitzpatrick seemed to hurt his shoulder late in the game while Ogunjobi and Jack have had lingering injuries throughout the season.

Tomlin said he currently doesn’t have any long-term concern over Harris’ injury but reiterated he had limited information. If he can’t play this weekend, Benny Snell and Anthony McFarland will fill in as they did in Monday’s win. Tomlin didn’t mention the status of RB Jaylen Warren, who missed yesterday’s game due to a hamstring injury. His status for the Falcons’ game is unknown heading into the start of the week.

Tomlin said all other players mentioned should be ready for Week 13. With an extra day lost due to the Monday night game, they’ll have to get healthier more quickly.

“T.J. Watt, Larry Ogunjobi, Myles Jack, we don’t anticipate any of these guys missing time. But these guys, along with others, because we’re working on a short week, may be limited, particularly at the early portions of the week.”

Pittsburgh will release its first injury report Wednesday and its final one on Friday. They’ll travel to Atlanta for a Sunday afternoon kickoff.