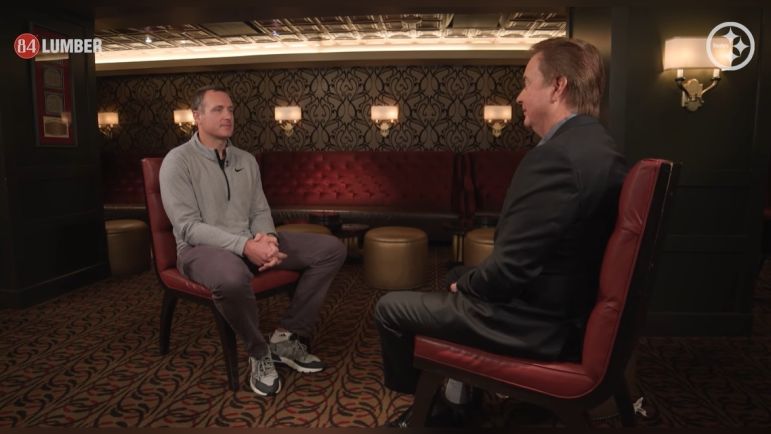 Heath Miller couldn’t have landed in a better situation, on a better team, or in a more perfect city. Miller and the Pittsburgh Steelers fit like a glove. But that doesn’t mean the wait, the 30th pick that year, and the uncertainty was easy. Like any player, Miller was nervous on draft day, sitting and waiting for his name to be called. A hernia injury that caused him to be unavailable for the pre-draft process only compounded those worries, unsure of what teams were truly interested and willing to take the chance on his health.

In an interview with Bob Pompeani for the Steelers’ YouTube channel, Miller reflected on his draft day experience.

Miller starred at the University of Virginia, catching 20 touchdowns in three years before declaring as a junior. But a hernia injury caused him to miss the nuts and bolts of the pre-draft process, unable to workout at all and potentially putting doubt on his decision to declare, something that at the time was an uncommon decision, especially for a tight end. As the 2005 NFL Draft rolled around, Miller waited for his phone to ring.

But the Steelers made him the 30th selection of the 2005 draft. And he didn’t disappoint. Miller made an immediate impact, catching six touchdowns his rookie year and played a key role in the team’s Super Bowl run, highlighted by a first quarter touchdown in the team’s stunning upset of the Indianapolis Colts. Miller would go on to be the best tight end in team history and an absolute fan-favorite. When he retired, he ranked third on the team’s all-time receptions list and the most ever by a Steelers’ tight end.

Last weekend, he was inducted into the team’s Hall of Honor, joining an incredible and select list of names most critical to the team’s history and success.

“Everything worked out perfectly.”