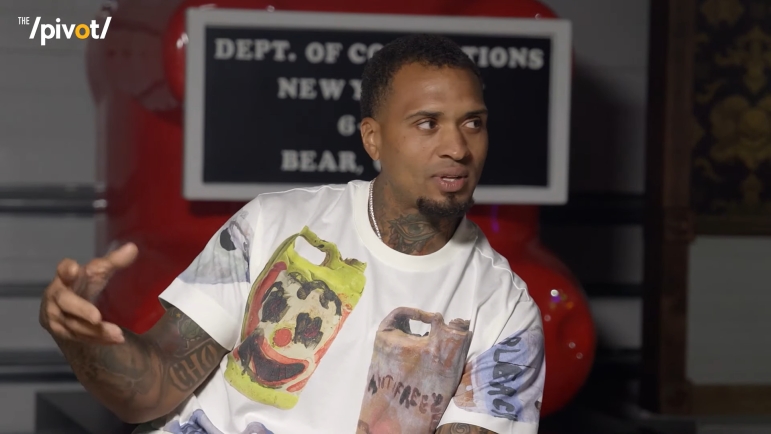 Former Pittsburgh Steelers center Maurkice Pouncey has been retired for more than a year now. Like many linemen before him, he has quickly slimmed down in retirement and would never be taken as a former center to those who were not familiar with him.

That doesn’t mean he has lost any passion for the game, however, or for the Steelers for that matter. Particularly when it comes to a love of the camaraderie he experienced during the decade-plus that he spent in Pittsburgh. Quarterback Ben Roethlisberger will always have a special place in his heart of course, but his admiration for head coach Mike Tomlin is evident.

He talked quite a bit about his former head coach during an appearance on The Pivot, aired yesterday, featuring former teammate Ryan Clark among the hosts. And he had something interesting to say about how Tomlin ran his film meetings, which may fly in the face of preconceived notions held by those who say that he is not a details guy.

“I started learning defenses. I’m sitting there watching things he’s saying, the whole gameplan, I’m in there watching and stuff”, he said, referring to the depth of detail Tomlin would go into breaking film. “Like, ‘This dude, we’re double-teaming him, man. We got man on this play’. Whenever Vince [Williams] was gonna blitz the back, I already knew it was gonna happen in my head because Coach Tomlin had, already laid the whole entire gameplan out for everybody in the room”.

It might not always look like it on the field, especially in consideration of the variety that you might see out there, but playing under Tomlin is an education in football. Pouncey is hardly the first player to ever talk about the level of detail he gets into. But what he said next did catch my attention.

Even the offensive coordinators. Man, he would already say, ‘Our screens work good on this team’, or ‘These type of runs work good on these teams’. And even the offensive coordinators sometimes, I don’t think they took in the knowledge, because we would go to the games and then we wouldn’t run the play or something like that, or run the scheme that happened, and then we’ll come in there and watch the thing.

He would try to sort of call out the individual coach. He would just show the plays that should’ve worked and how it should’ve played out, and I think the coaches kind of sat back like, ‘I don’t want that to happen next week’.

Pouncey played under Bruce Arians in the very early portions of his career as offensive coordinator. The bulk of his playing time was spent serving under Todd Haley, with his final seasons wrapping up with Randy Fichtner.

Arians went on to earn great respect—and some Coach of the Year Awards—after his time in Pittsburgh, but I don’t think many Steelers fans would bat an eye hearing that Haley and Fichtner might not have always managed to run the sorts of plays tape study had shown were effective against their opponents.

Tomlin was a wide receiver when he was a player, attending William & Mary, though he was never able to make a career out of it. He has spoken previously about how he was told early on that a young black coach’s path to advancement was on the defensive side of the ball, spurring his transition onto that path. But that doesn’t mean he ever stopped being a student of the game in its entirety, offense, defense, and special teams.