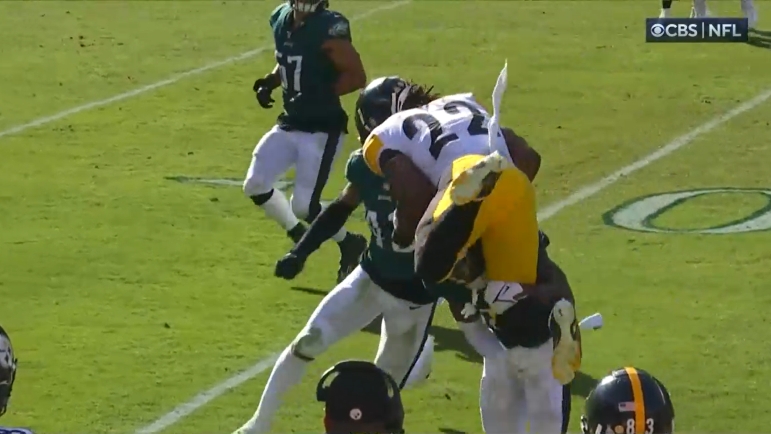 The Pittsburgh Steelers have played eight games thus far during the 2022 season. They have never scored more than 20 points in a game without a defensive touchdown pushing them over the top. In fact, they’ve only hit 20 points as an offense twice; they have scored 10 or fewer points just as frequently. And they’ve scored just 46 points in the four games that rookie quarterback Kenny Pickett has started—26 points in the three games he has started and finished.

What does this mean? For the men in the locker room, it means there’s work to do. Those on the outside may be less understanding or forgiving, but we don’t exactly have a say nor the ability to alter the outcome. The man who has touched the ball more than anybody this season, running back Najee Harris, continues to preach patience.

“We understand that great things take time”, he told reporters in the locker room yesterday, via Josh Rowntree for 93.7 The Fan. “Looking around the league, any team that was good, they had their rough times. We still got a lot more season to go. Right now, we’re at a rough time. We’re going to do everything we can to get back on track”.

While it’s true that there are still nine games left to be played, the truth is that the number of things there have been to be encouraged about have been…let’s say limited. It’s hard to be optimistic that things will look much better six weeks from now.

Arguably the biggest bright spot has been rookie second-round wide receiver George Pickens, who following the Chase Claypool trade only stands to command a larger share of the targets. He has 26 catches on the season for 338 yards and a touchdown.

Second-year tight end Pat Freiermuth has also developed on par as expected going into this season. We have noted the team’s expansion of his target zone, using him further afield with good results. He has 32 receptions for 367 yards in seven games played.

As for Harris, well, he got the plate out of his boot, and perhaps he has looked a bit more elusive in recent weeks, but he’s not where the Steelers need him to be. He acknowledges this, but the message of the day continued to be patience.

“With a baby, you got to take time for it to walk. It doesn’t just come out and start walking on it’s two feet, which is cool. Give it it’s time”, he told reporters. “I think everybody thinks that s*** is going to get better the next day”, he added, likening the offense to a statue that you have to keep chiseling away at until the form reveals itself from the marble.

I don’t know what material this offense consists of, but it’s surely looked like a bust thus far.